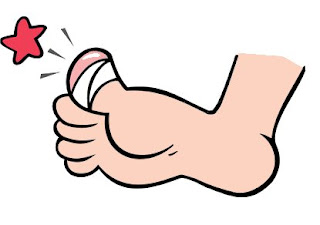 Last Tuesday Dad took his daughter for one last walk to the beach before she headed back to Wisconsin. Now Dad doesn't often watch where he is walking and Mom is ALWAYS telling his to be careful but Mom wasn't there and you guessed it - he stubbed his toe on the boardwalk. He said it hurt a bit but didn't really bother him. On Wednesday he flew to Pennsylvania and on Friday he flew to New Orleans and his toe okay. But today for some reason all his toes and the top of his foot swelled up and lots of bruising appeared across all his toes and Mom finally dragged him to the ER to get it checked out. They poked and prodded and took some X-rays and it showed his toe is broken. So now he is hobbling around wearing an orthopedic boot and will be for the next couple of weeks. Of coarse that Dweeb brother of mine Denny thinks the boot is some kind of monster and every time he sees it barks and growls at it. I guess we will just have to do some extra walking on Dads behalf  :) 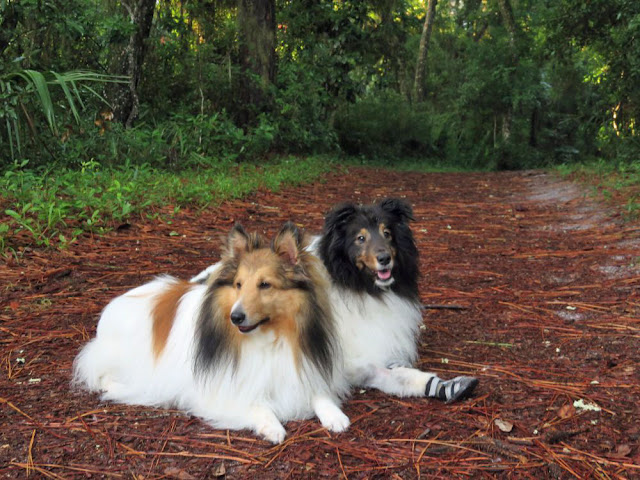