Can you believe my Mom and Dad ABANDONED me for the weekend. Can you guess where they went *hint* it is the home of the Blue Angels. While they were off seeing the sights I was left at home with "she who is never seen" (dad's daughter) and "IT" (Jackson) Mom had been mumbling something about missing the smell of salt air and sand between her toes and dad had promised when she was well enough he would take her "THERE". They said they don't allow doggies "THERE". What kind of place doesn't allow doggies ???? A BAD BAD place I say. 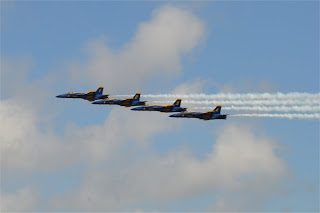 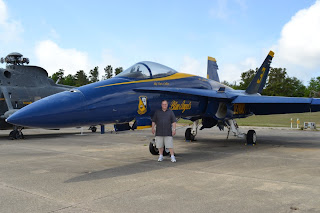 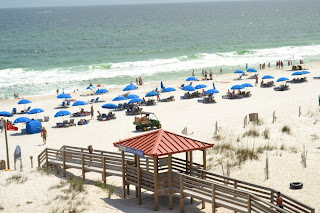 Mom has promised me though that the next time they go away they are taking me with them because she missed me soooo much. And I guess I can't complain too much as she did bring me back some treats. Oh the place where the Blue Angels home base is - is also where my dad did his flight training when he joined the Navy. He got to see lots of places that he remembered that were BM & BR (before Mom and before Reilly)

Posted by Cowspotdog at 6:48 PM