A new update on Andrea

Our beautiful niece Andrea had her surgery two weeks ago and here is an update from her Dad. For those that don't know - Andrea is 13 years old and just before Christmas has a spinal embolism which left her with only limited movement. She slowly regained some strength after the initial surgery to stop the bleeding and then last week she had surgery to remove the embolism. It is hoped with lots of physical therapy she will regain full use of muscles. She is also getting some of the best medicine in the world - visits from therapy dogs every day which she just loves. 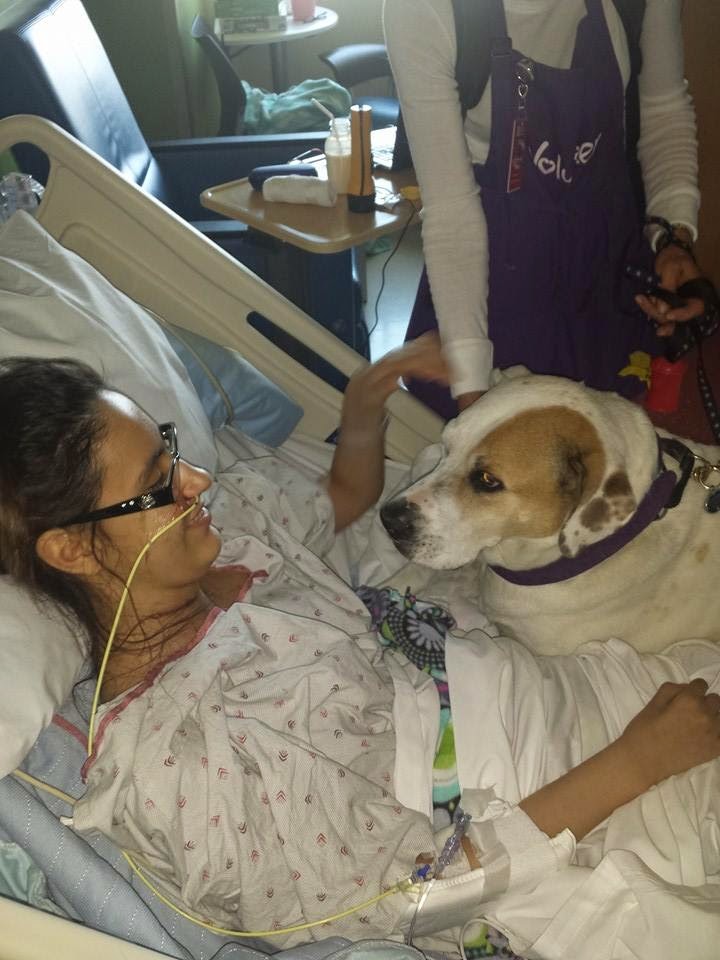 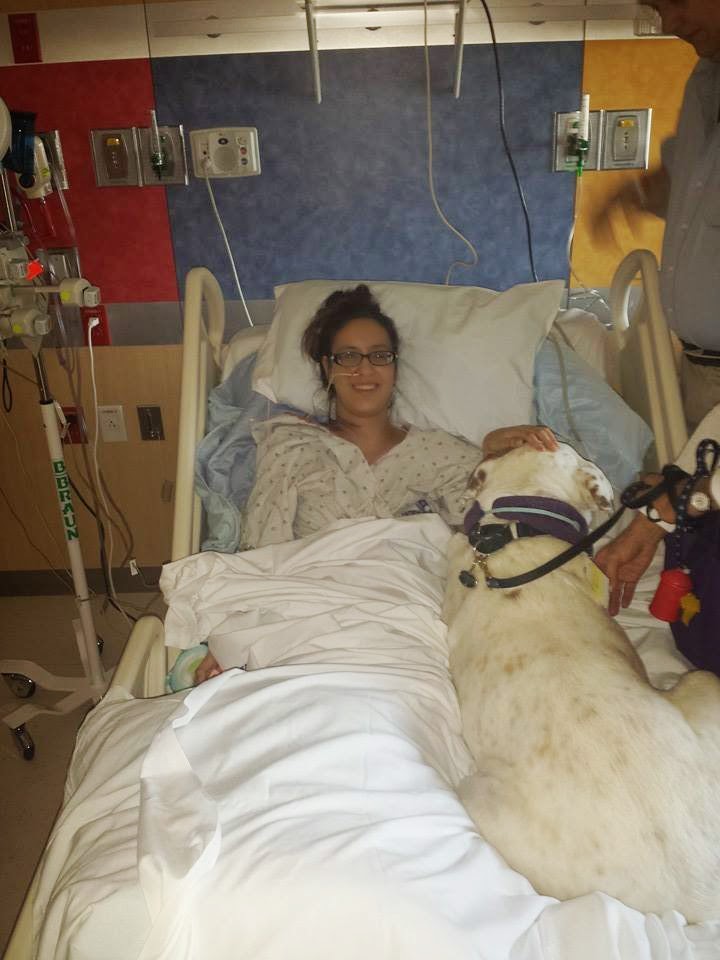 Update on Andrea: She went into into surgery on Monday for over 9 hours. The first part was done through the front of her neck to stabilize her cervical bones and the second part was from the back with the neurosurgeon opening up the spinal cord and removing the AVM. The last part was again to stabilize her spine with screws and plates. After the surgery they did another angiogram to make sure that the entire knot of blood vessels had been removed, which it was. So the operation was a success and the Doctors were very happy with the results. After surgery she was moved to the Phoenix Children's Hospital by ambulance and put in the ICU, were she remained until yesterday when they moved her to a regular room. The first two days she remained on the respirator but they removed it yesterday. She is in some pain, of course but was able to sit on the side of the bed for about 10 minutes today. Her neurosurgeons feel that she might be able to travel in 10 to 14 days, so we will be here until then. She needs to be able to tolerate the two hour plane ride in order to get home.Thanks to everyone for your prayers, its been a long road but now there is light at the end of the tunnel. 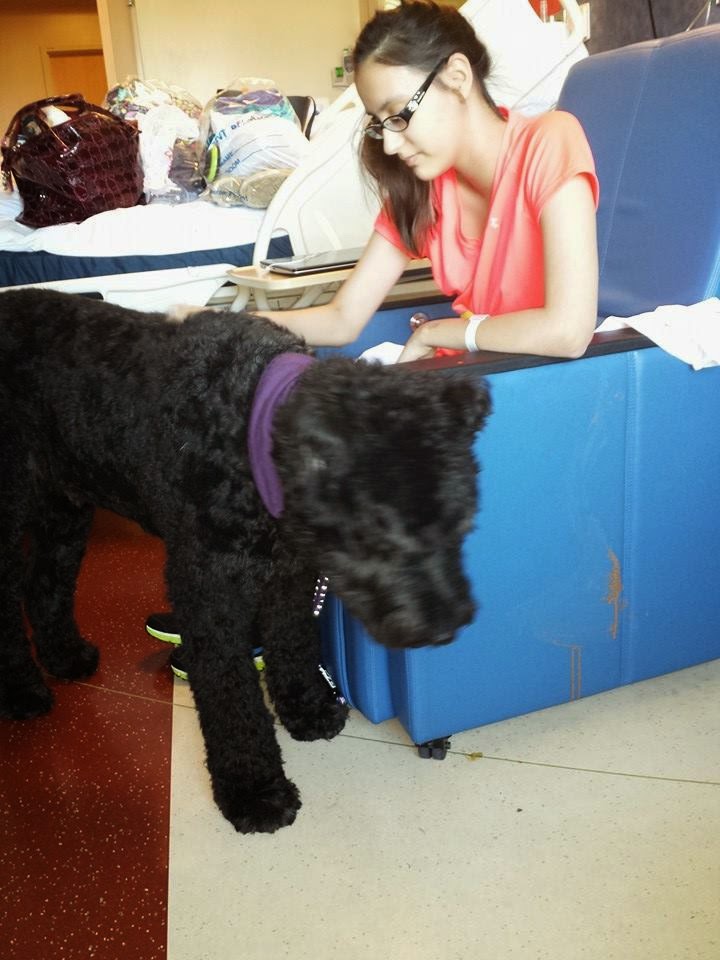 As you can see from the photos below - Andrea is heading home and we will be sending lots of prayers and good thoughts home with her. She has been amazingly brave and we are all so very very proud of her. When she gets home she will have the best little nurse waiting for her - her own little doggie who is called Millie. We know she will take excellent care of her as will her wonderful Mom and Dad.
Posted by Cowspotdog at 6:34 AM