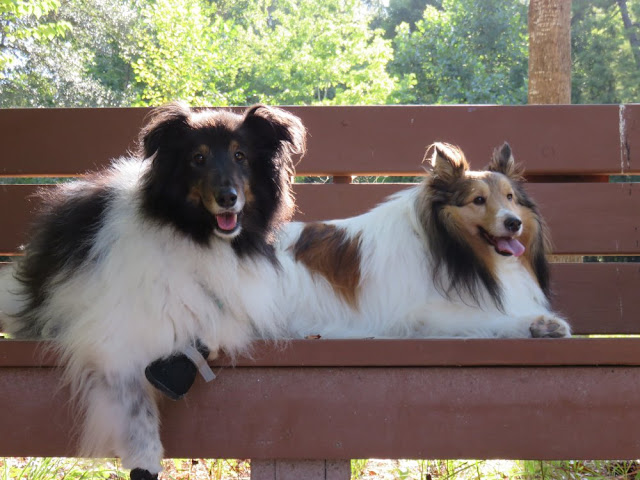 The game was afoot - we were following some unusual scent, weaving in and out of the bushes, up and down hills, over creeks and under bridges - BUT - Phew - it was so hot that even though we go out early we often have to stop and have a rest. Mom called a time out and said we needed to benched from the game for a few minutes - so how handy it was to actually find a nice bench to rest on before going on and exploring some more :)
Posted by Cowspotdog at 8:02 AM