Humans can be soooo smart and soooo dumb 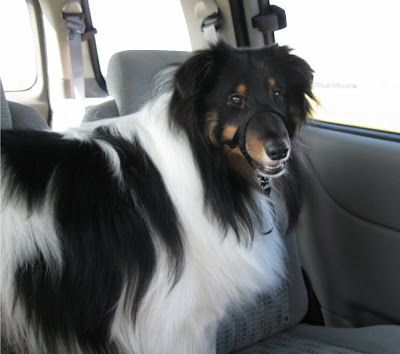 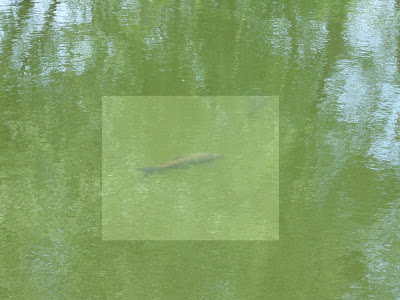 Woofitty woof woof woof.... we went to the lake today and even mom and dad were happy to be out in the fresh cool air. We also went in the dad's car. I didn't use to like this much as it was hard for me to get into, but now I am grown up, I can jump up on the seat easily and I love it because I can see out the windows so much better. Anyway, we got to the lake and the first thing we noticed was an awful smell.......personally I quite liked it. Ode Cologne Dead Fish. As we started walking we saw big containers of dead fish which mom and dad wouldn't go near and which I tried to reach with my long lead...but dog gonnitt they wouldn't let me get close either. I just wanted to roll on those fish a little - they smelled so good all rotten and icky. Eventually we came across an elderly gentleman who was just stood there shaking his head. He kept mumbling about how stupid they were and it was a disgrace. The dad stopped to talk to him and asked what was happening to all the fish. It turns out my lake has got an infestation (what ever that is) of something called Zebra Mussels. I don't know what they are either but I guess they are bad. My lake has an overflow into the Missouri river and they don't want these mussel things getting in there so they had to poison the lake which is sadly also killing all the fish. We saw a huge huge fish over three foot long and mom was going to take a picture but she couldn't get close enough because of the smell. We didn't even know there were fish that big in the lake!!!! The old man told dad they have already taken away over five tons of dead fish this week!!!!!!! Mom was very upset as all the fish on the at the top of the water gasping for air - they are basically suffocating to death. She got this one picture and you can see how big this fish was and its only a medium sized one. Mom said those big big fish that have died are probably 20-30 years old. The bad thing is mom says we can't go back to the lake until probably next spring so even though I liked the smell of those dead fish and thought the humans were so smart for making that....I like my walks better and I am really angry at the dumb humans now.
Posted by Cowspotdog at 2:39 PM