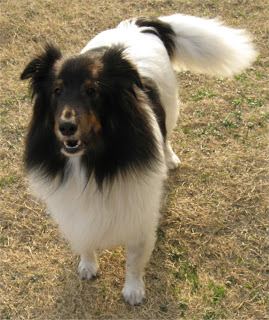 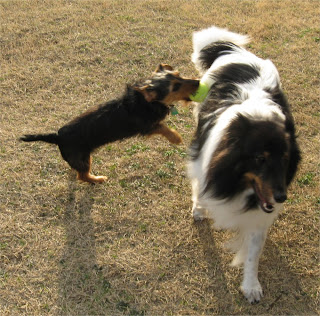 We had such a beautiful day yesterday that I was tempted into playing with "IT" Mind you - being poked in the side with a ball is a sure sign that "IT" wanted to play and he does this persistently until I give in. So we played and even Mom joined in; throwing the ball up in the air for ME to catch but of coarse "IT" kept getting in the way and snatching the ball before I had a chance.

Anyway after a while I got bit bored with the whole ball game and decided to lay down in the shade to cool off. I was just getting comfy when "IT" pounced on me, tail wagging and all happy - enough was enough! The Alpha dog in me came out and I growled and snapped at "IT" and chased "IT" pinning "IT" to the ground. My dogness "IT" squealed and yelped like a banshee! I didn't actually bite or even nip "IT" but "IT" was soooo scared it whimpered for a good 10 minutes. Personally I was quite pleased! "IT's" Mom was all worried and concerned I had hurt "IT" but my Mom checked "IT" all over and said "IT" was fine and that "IT" had just had a fright. My Mom also explained to "IT's" Mom that I was just doing what dogs do and that I am the ALPHA dog and I was asserting my place in the pack.

Of coarse 20 minutes later "IT" was back to bothering me again and wanting to play. "IT" is such a happy dog that it is almost depressing ! And as if that wasn't bad enough "IT" then sat there looking all cute while MY Mom took a picture of "IT" and yet again - doesn't "IT" know that it's not supposed to do that - that we REAL dogs have to make it hard for Mom's to take cute pictures of us? Gawoof Gawoof !! Do you notice "IT" has duck feet that point out sideways! 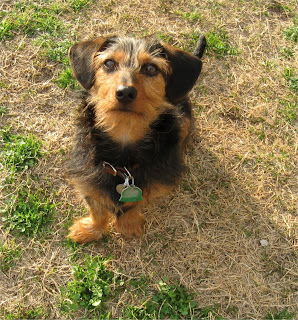 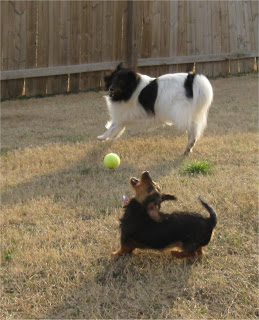 Posted by Cowspotdog at 7:24 AM