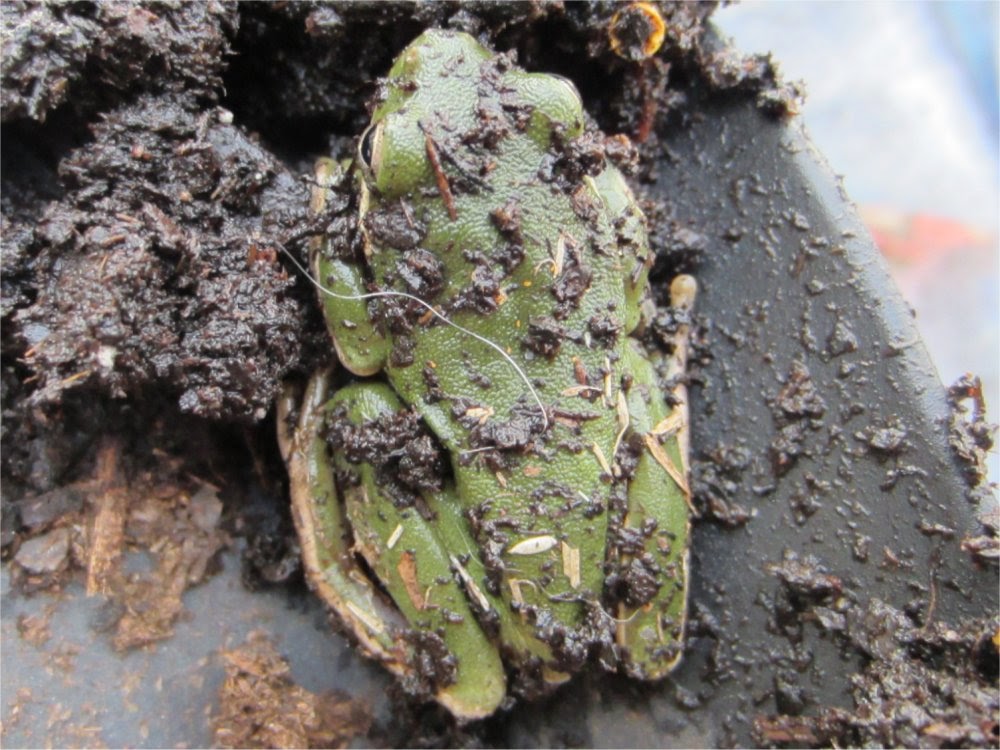 Yesterday Mom was getting some plant pots ready for planting and grabbed a half a bag of potting soil that had been sitting on the deck (under 3 foot of ice at times) to fill them up - so imagine her surprise as she was scooping out the dirt to see she had scooped out this little tree frog. We had always wondered where they went and how they survived the winter - now we know. These little guys live in our big Boston Ferns all Spring and Summer. Mom filled up a pot just for him and put him back in it as it is still to cold for him to be out yet. She is a bit worried though as he was VERY thin because winter has lasted so much longer this year. We sure hope he survives. 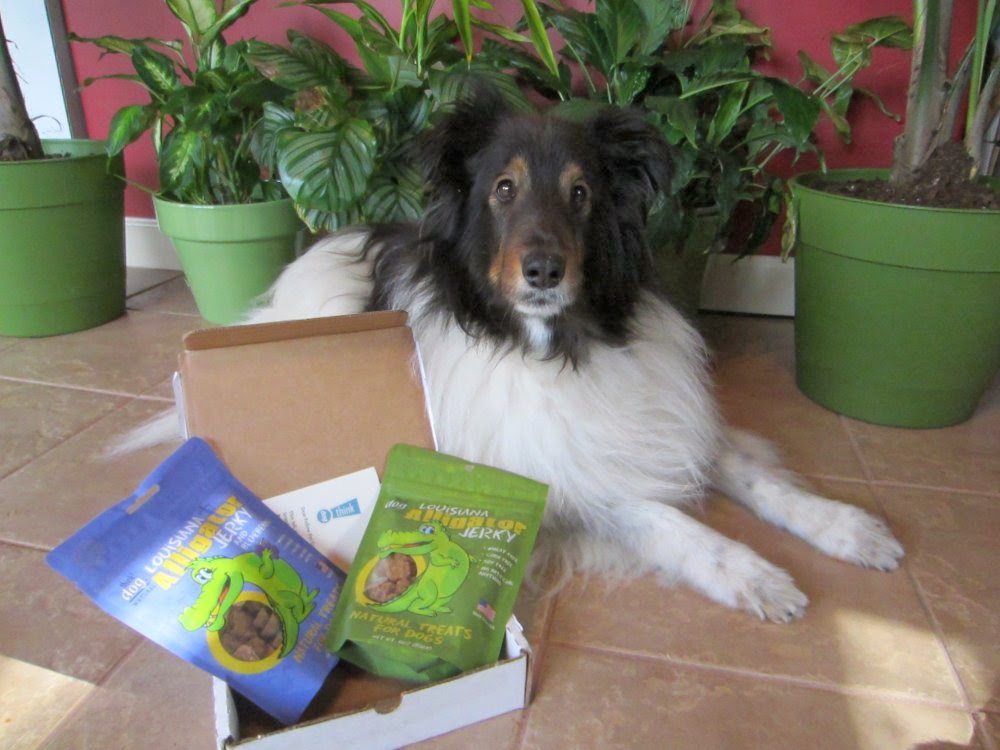 We also got a box in the mail yesterday from Miss Sugar. She had a giveaway of some Alligator Treats and we won two packets. Thank you Miss Sugar - We LOVE these treats so much and they are a regular on on treat list.  Mom isn't so fond of the moist treats as she says they are so stinky she won't touch them cause the smells gets on her hands - she just shakes them out of the packet for us - which is pawsome as she always shakes too many out - score ! They also make dry cookies (they don't smell) are they are super yummy too.

We are also sending P.O.T.P to our buddy Mason - he had a bad bad seizure and they don't think he is going to make it as he can't move or eat now. Please call on by and leave some loving for him and his Mom. Mason was our Christmas Gift Exchange Buddy one year and the postman left his parcel where Mason could find it - and he did - he ate ALL the treats in it before his Mom got home and well as most of the wrappers they were in !
Posted by Cowspotdog at 11:31 AM