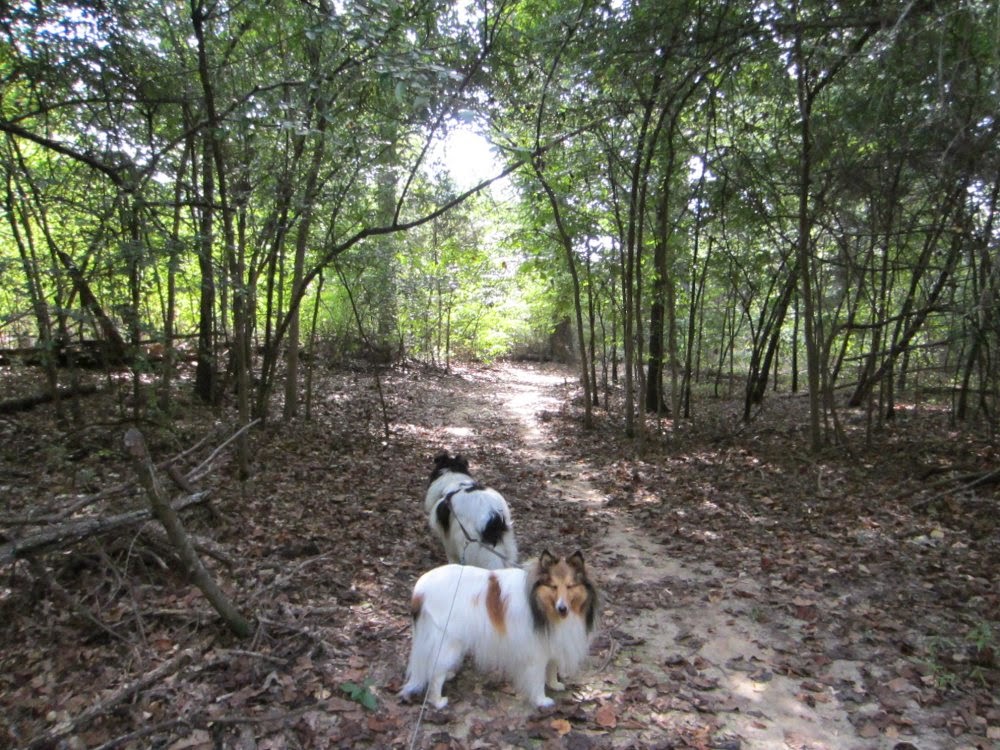 After checking out the Scott Family Cemetery we headed down a path through the woods that led to the Black River. It was here that the Scott Ferry originally crossed. Mom said the woods had a wonderful eerie feel to it - hmmmm we think it was just all the mosquitoes buzzing around and the cicadas making their almost deafening cicada sound. The shade was very welcome though as it was starting to get quite warm.

On we went - the intrepid little explorers we are - until we came to the Black river - which actually looked rather green  :) We did some research and found the Black River was so named because of the black sand found along the banks ......I guess we must be color blind because it sure looked like good old ordinary mud colored to us ! Can you believe Mom tried getting us to put our feet in the water to cool off - "Not likely woman" we both said! 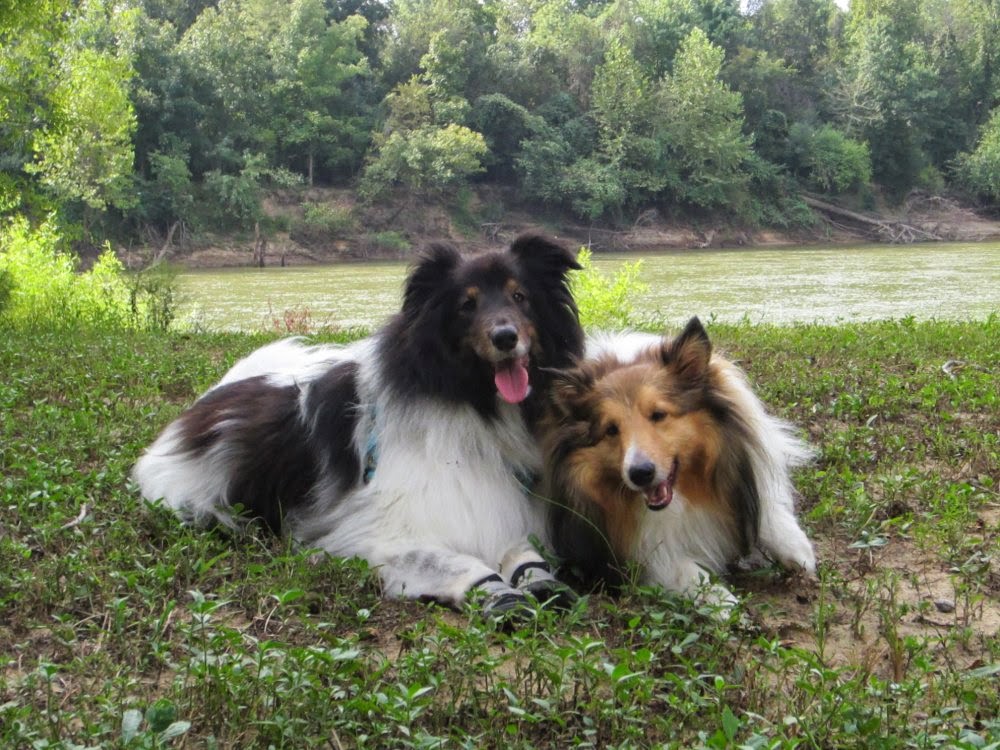 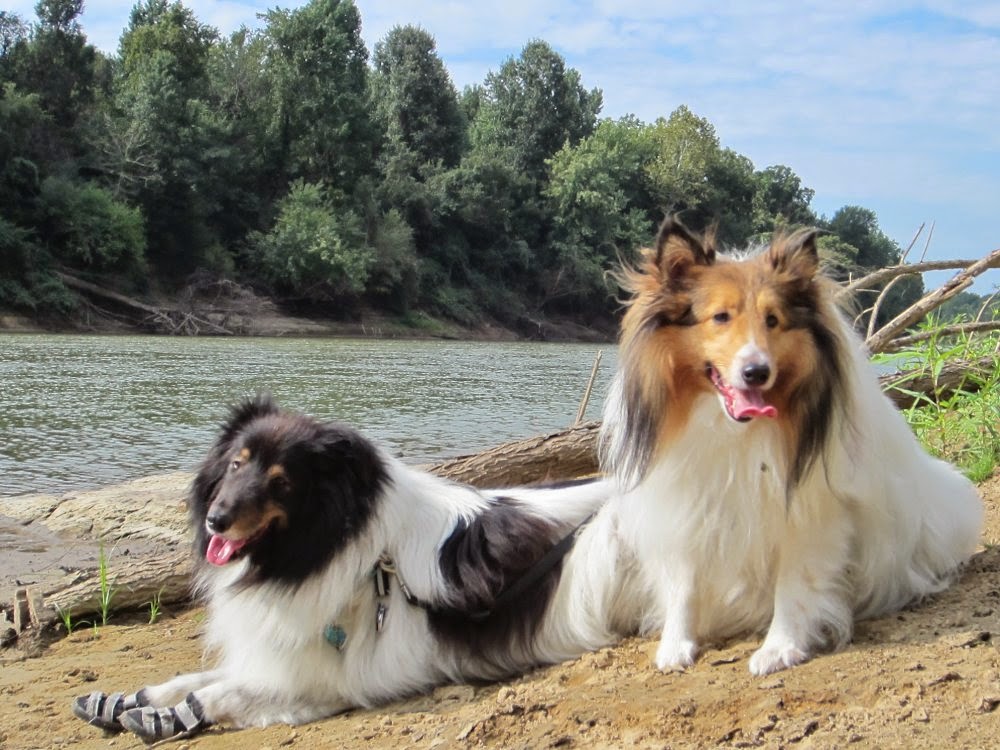 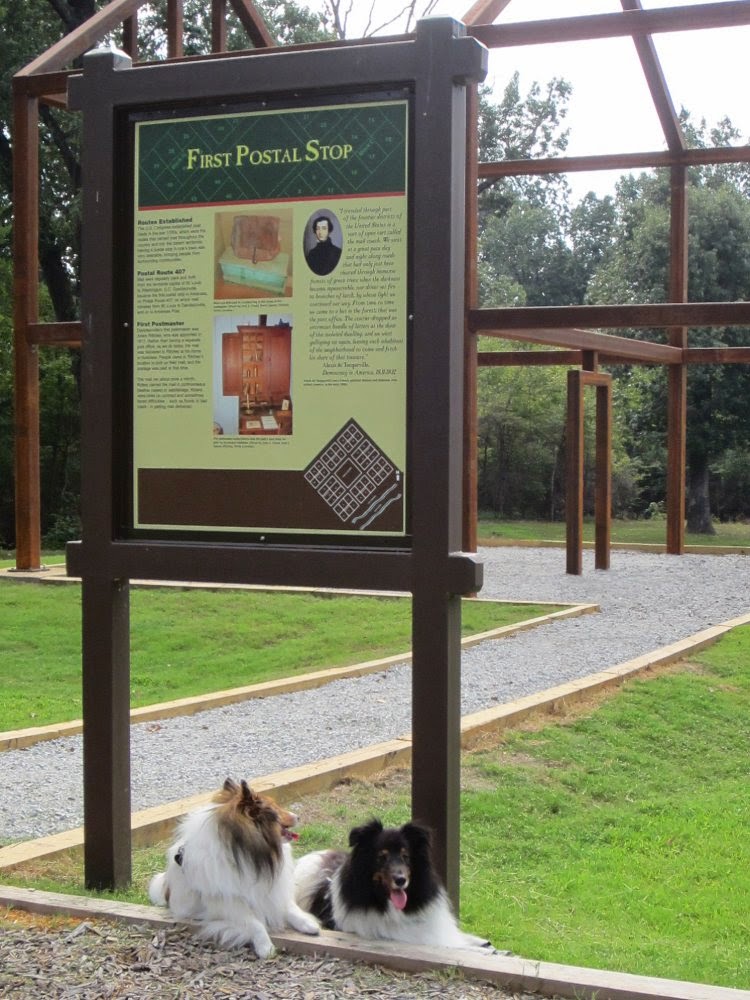 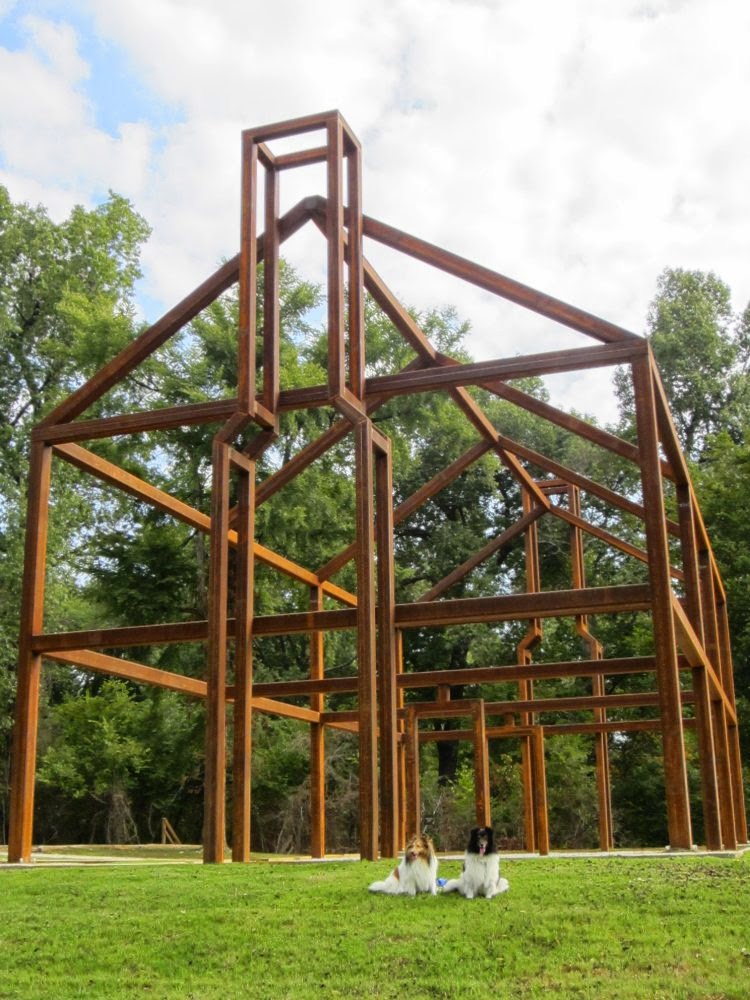 After seeing the river we headed up into the archeological site. Now in past visits there had just been some signs on the grass to indicate where buildings once stood and you really had no visual concept of what they looked like. But now they have built the buildings frames to indicate the size and shape of them. They have used a special kind of iron which rusts to a lovely reddish brown color. So far they have done the post office and the court house. Mom was talking to the park ranger and she was saying they have plans to build some more. I liked the park ranger a lot - she gave me some pawsome ear scratches and said what a boooootiful boy I was. Dweeb of coarse was trying his best to be invisible behind Mom's legs. Come back tomorrow and see our awesome picnic - we were sure ready for it as we had worked up quite an appetite!

A little about Davidsonville - There is evidence that the site was occupied by French colonists prior to the 1803 Louisiana Purchase. Archeologists have discovered evidence of Native American use of the site as early as 4,000 BC. The 1822 courthouse was apparently built on top of an Indian mound which was built before 1,100 AD. Davidsonville was founded in 1815 and rapidly became the most important town in northeast Arkansas Territory, but was abandoned by the 1830s. The community served as a river port town on the west bank of the Black River, near the confluence of the Spring River and Eleven Point River with the Black River. The town was on important stop on the Southwest Trail and featured several important frontier establishments. In 1817 the first post office of Arkansas Territory opened in the town, followed in 1820 by the first federal land office of the territory. In 1822, the first courthouse of Arkansas Territory was built in Davidsonville 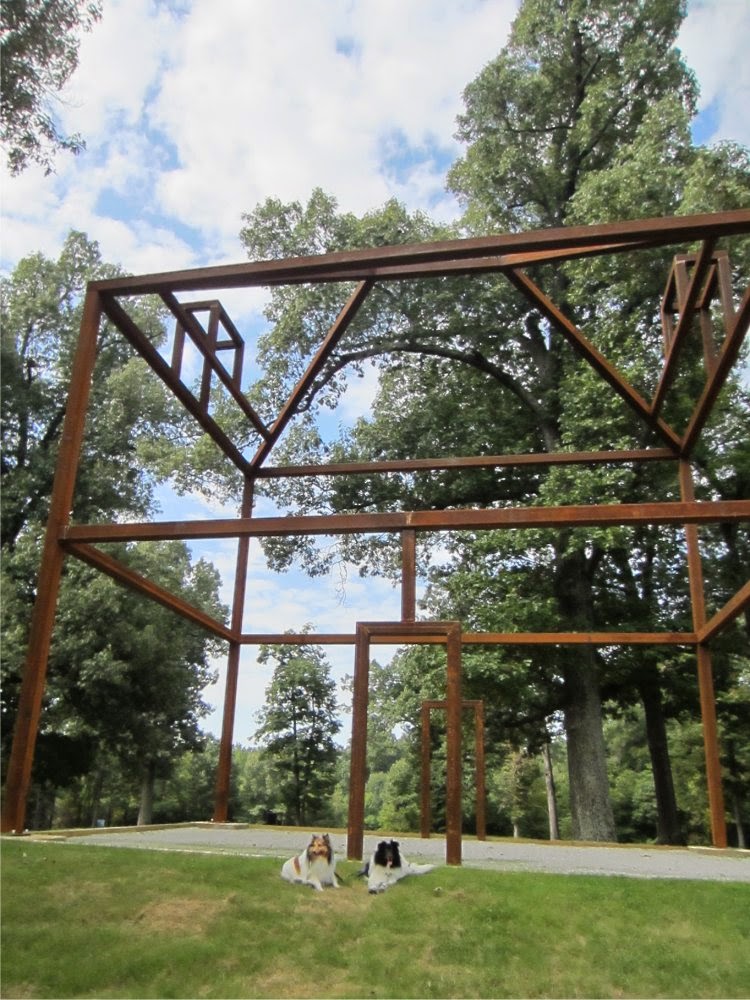 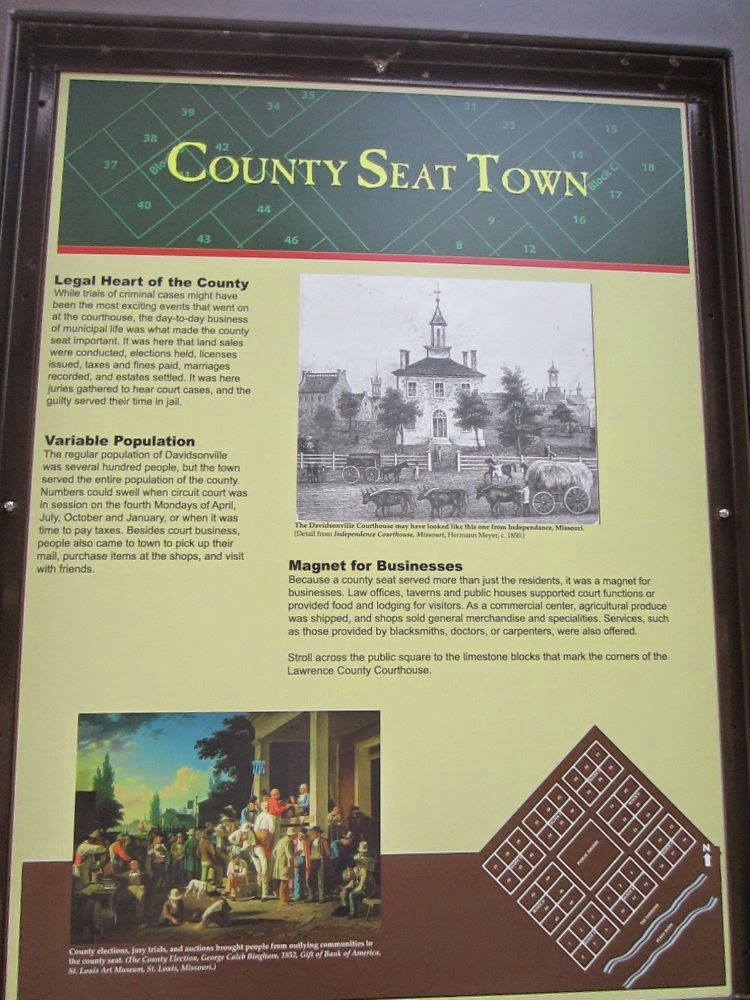