Watching the ships go by 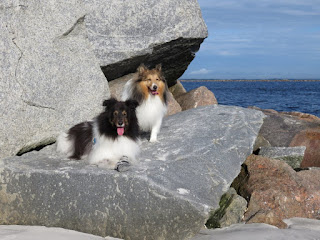 There we were just sitting on our favorite breakwater rocks when we were lucky to see not one - but two ships go by. The first one was the HON HENRY JACKMAN which is a self discharging bulk carrier built in 1981 and currently sailing under the flag of Bahamas. HON HENRY JACKMAN has 213m (698 feet) length overall and beam of 32m (104 feet). Her gross tonnage is 46191 tons.

The second ship was the LAWRENCE H. GIANELLA which is an oil products tanker built in 1986 and currently sailing under the flag of USA. It is also a US Naval Ship. LAWRENCE H. GIANELLA has 179m (587 feet) length overall and beam of 27m (88 feet). Her gross tonnage is 21471 tons 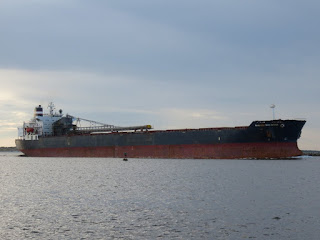 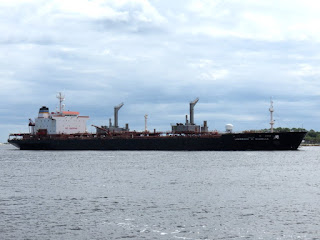