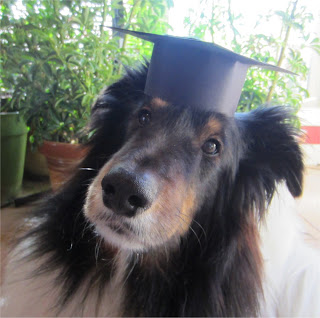 What do wolves (in the wild) - the canines we are ALL descended from - EAT?

Hmmm last time I checked it wasn't canned food or food from a tin or a bag - it was dead stuff - stuff they killed themselves and then tore apart and ate raw. Occasionally they will find some remains from a bears killing or if they are really lucky a deer might of died from old age - personally I can't see that happening to often! And of coarse these days (not previously available to our ancestors) they have a smorgasbord of road kill to pick from or goodies from that big food dispenser called a dumpster that resides behind all restaurants. One thing I do KNOW - once they find this stuff - they don't put it in an oven or microwave to cook it first (mainly because Mom says there are no power points out in the wild to plug them into) - they just chomp it down - blood, guts, gore, maggots, packaging and all.

Now I have been watching some silly TV dog food commercials of late where they rave about all the fruits, vegetables and grains and "REAL" meat they use and oddly enough I can't say I have ever seen many wolves out there picking apples from the orchard, digging up carrots from the veggie patch or reaping wheat out the fields.  And just what do they mean REAL meat as opposed to UNREAL meat? If it unreal meat - then how can it even be called meat? Shouldn't it be called unreal something or other?

Of coarse many hoomans tend to think we are farrrrrrrrrr removed from the old wolf - but they are WRONG - WRONG - WRONG. How many stories do you read of where dogs go missing and survives for years "out in the wild".....why do many places in the world have 'wild dog problems' - domestic dogs that run in packs out in the wild and around towns. Back in Mom's home of  Australia the Dingo (Australia's only native dog) had just about been cross bred out of existence because of the 'domestic' dogs that got loose, were dumped or escaped and bred with the dingos.  How do they survive given that they were originally 'domestic?' Admittedly hooman TRASH makes life much easier for a dog out the street - but there are equally as many 'wild dogs' out in the country areas as there are in the city - and just like the clever wolf - you hardly ever see them!


But  back to the issue of food - Now personally I don't care what kind of food I eat - so long as I get fed (of coarse Mom limits it because of my stupid allergies) but  I still have a very varied diet for a dog. I eat a fish based dry food with no grains in it. (Hey Mom - I don't see many wolves fishing either????) I get raw bones as they help keep my teeth all nice and pearly white and give me calcium. I eat vegetables - although mom likes to hide them in a her own special "Reilly Brand Food" that she mixes up. I do love a good bit of apple - especially when Mom adds some cheese to go with it and banana and peanut butter is a yumbo treat.  I bake my own cookies  full of all the stuff that is good for me (well I supervise Mom doing it - I hate when the flour gets in my fur).  Now personally I think all this varied diet stuff appeases the hooman need more than our own....they are told a varied and balanced diet with lots of vitamins and such is good for them..... so it must be good for us too! Again I refer back to good old wolf here - can't say I have seen any at Walgreens Pharmacy vitamin/nutrition section of late - have you?

So whether you get get dried food, canned food, raw food or a mixture of all or a few - I say be happy so long as you are getting fed - because sadly there are way to many doggies out there that are not!

Posted by Cowspotdog at 8:31 AM