A Jaunt to Jacksonport 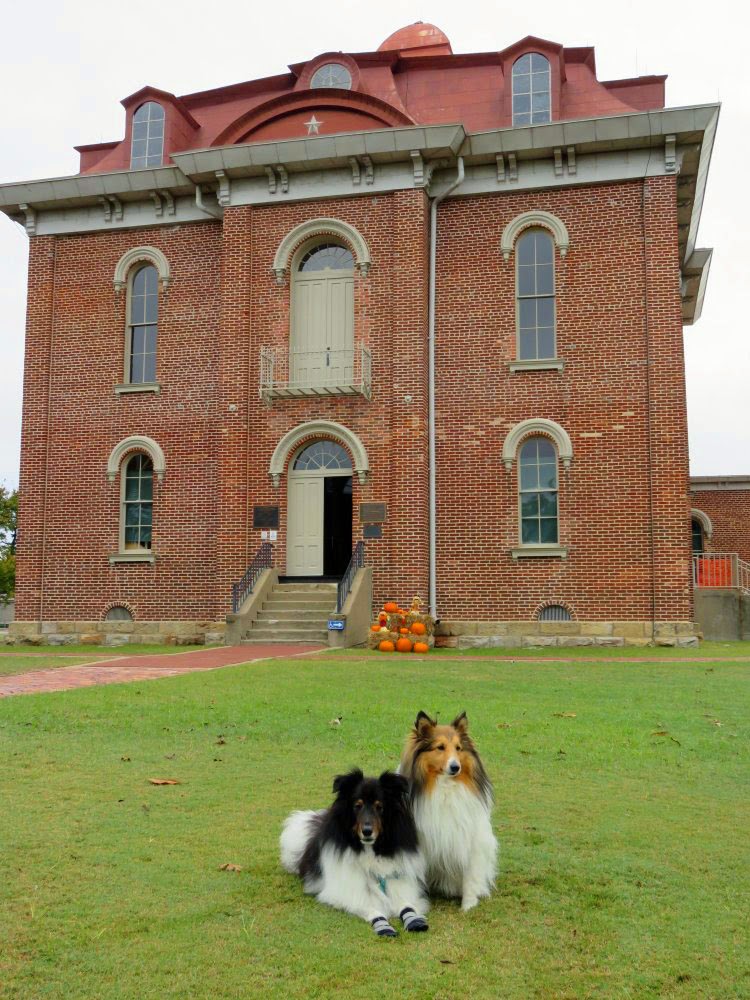 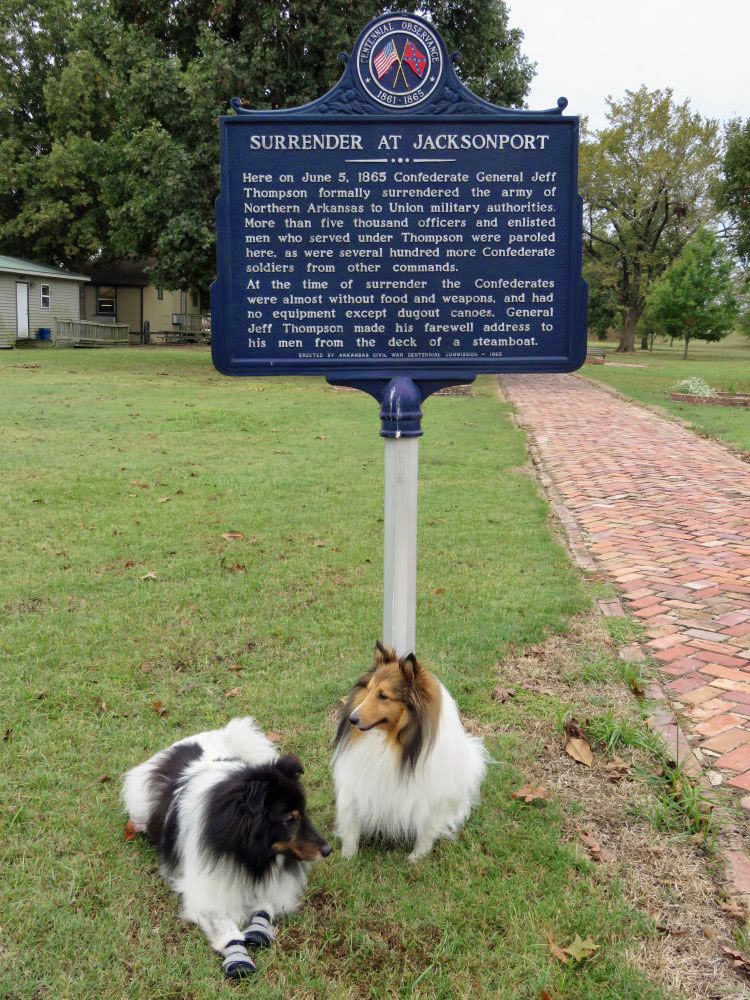 Today we headed South East to the town of Jacksonport - population 212. It is about 40 minutes from where we live and is also home of  MY Jacksonport State Park.  In the 1800's  Jacksonport was a very busy paddle boat destination as it is where the Black and White rivers meet. Jacksonport was also one of the main mustering points for the Confederate army in Arkansas. Throughout the war both armies fought for possession of this strategic port. At the end of the war, General Jeff Thompson, "Swamp Fox of the Confederacy," surrendered over 5,000 troops at Jacksonport.

Now one of the things we found odd about the old court house (which is now a museum) is that it is identical on all 4 sides - everything is the same, same windows, same doors and same steps. (There is an annex on one side now that they added on to allow wheelchair access) but apart from that - identical - even the second floor with the doors and balcony!

After having a wander along the river at Jacksonport we headed back to the bigger nearby town of Newport and Mom did something she hardly EVER does. She went and got some takeout from Long John Silvers so we could have a picnic next to the river. Now Mom doesn't normally eat fish - but for some reason she likes the mild taste of LJS fish and the fact is doesn't have bones. We then went back to a little park we saw on the White River and sat on this dock to have our picnic. It looks so peaceful but in reality the main road was quite near by and the traffic noise kind of took away from the tranquility of it. 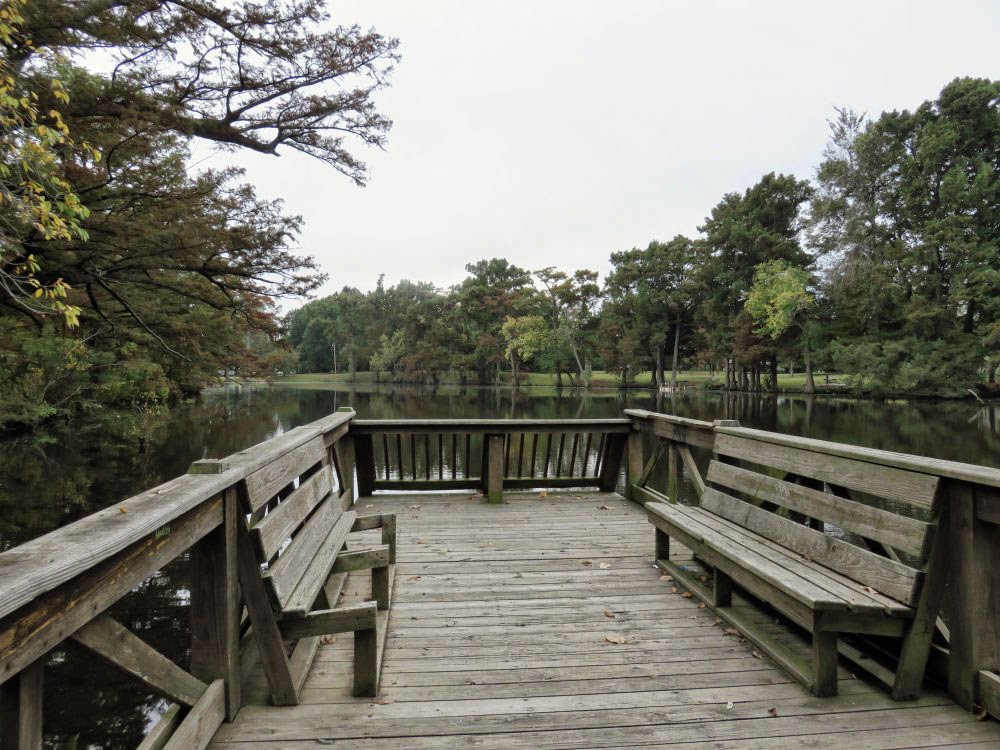 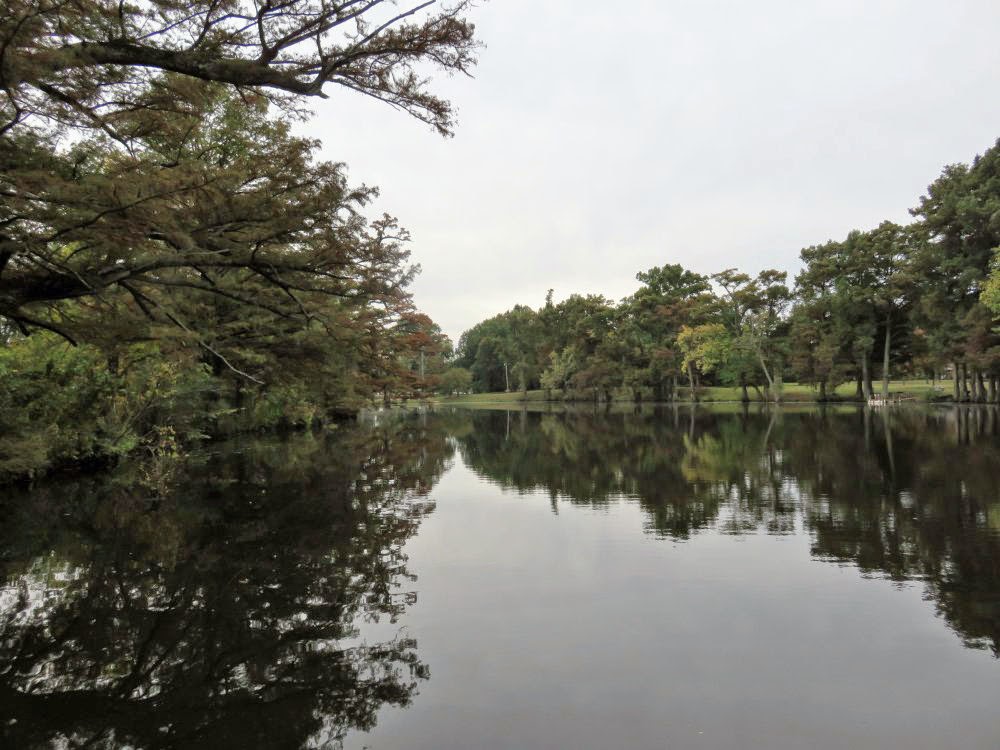 MMMMmmmmm Mom even shared some fish with ME - although why she removed all the batter I don't know - she won't even eat that herself! Dweeb of coarse being the Dweeb won't eat when are out and about so he missed out - SCORE ..... all the more for me! We did have a little walk around the park but we couldn't really see much of the river because as usual the river's edge was people's back yards and Mom said they would grumpy at us if we walked there. We did find this one pretty spot to take a picture so that made Mom happy. 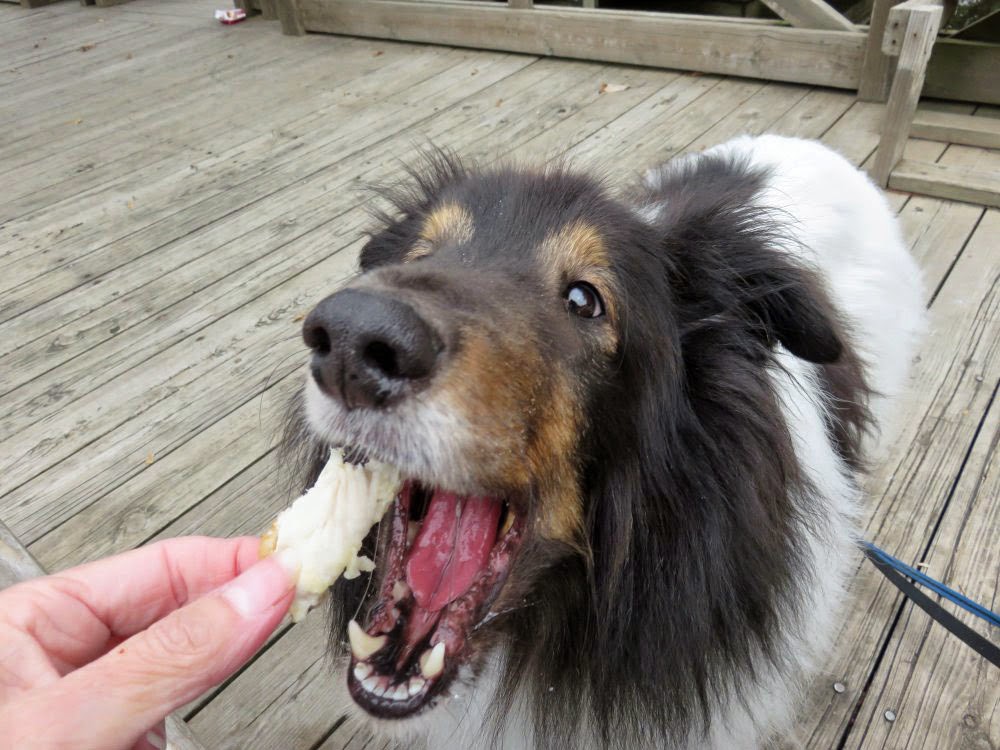 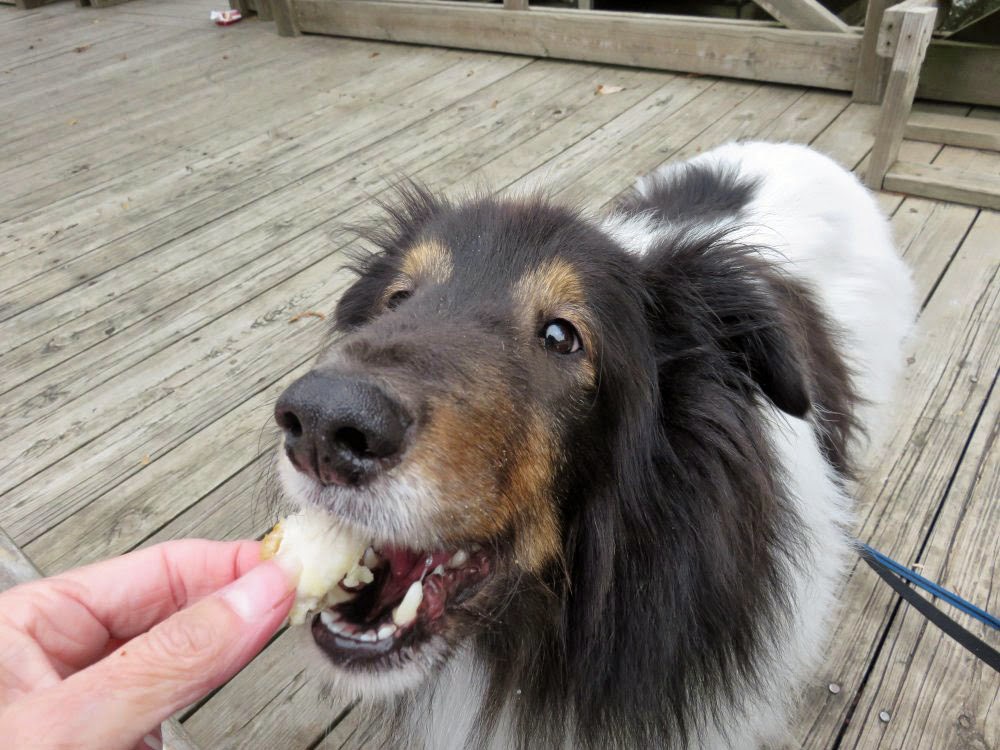 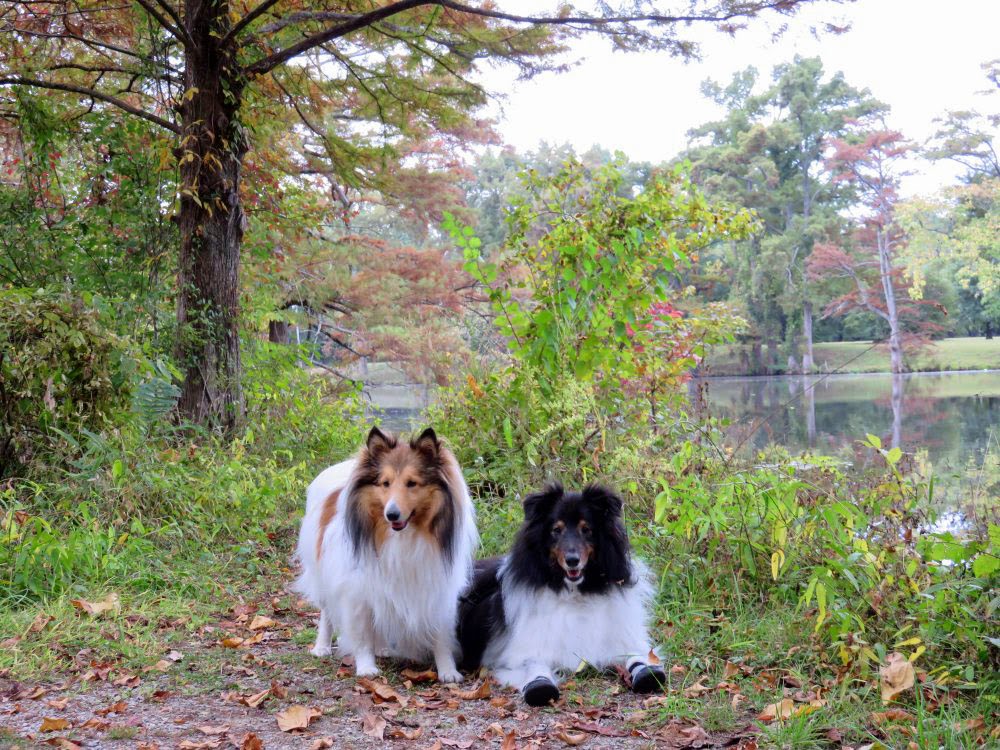 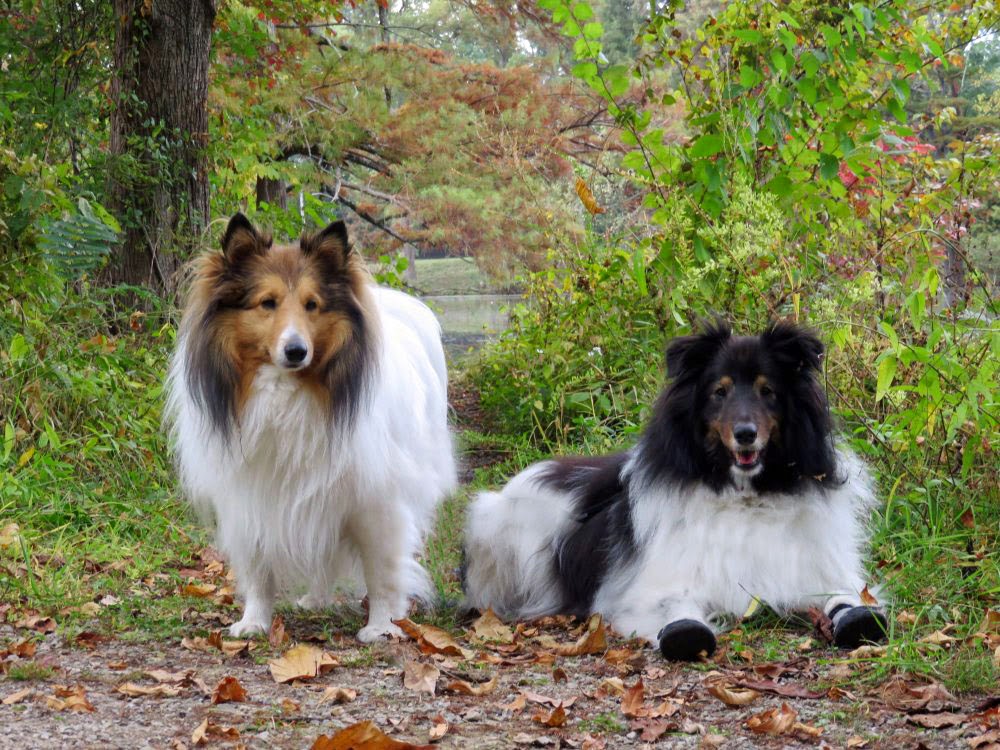