"Expect the unexpected" which is exactly what happened when we went for a nice long drive yesterday to a town called Hardy (about an hour west of where we live) and came across the Homesteaders Day (which celebrates the first European settlers in Hardy and also the Hardy Turtle Island Pow-Wow (which is a celebration and coming together of local Indians in the area).

For the first time in months we actually had some cold weather (only 55 degrees and windy) and Dad (being the big brave tough guy he is said he didn't need a jacket but guess who was freezing by time we had walked around for hour!) We didn't really get to see everything but the Dweeb and I were certainly loving the cold. I must admit I was the ROCKSTAR of both events as we I got "loved on" by EVERYONE, they were patting me, rubbing my back and ears, running fingers through my furs and all telling us me how gorgeous we I was. Mom said you would think they had never seen a fluffy dog before the way they were all carrying on. Dweeb got lots of compliments too but wouldn't let anyone pat him and hid behind or Mom's  legs or curled up between Mom's feet if anyone came close to him. Mom said she was actually pretty proud of the Dweeb as even though he was scared he walked perfectly by her side the whole time and didn't try to pull or run away (personally I think he was just to scared to leaves Mom's side.)

Sadly we didn't get a lot of pictures as Mom's hands were so cold she hated taking them out of her pockets to snap pics which I actually preferred cause it meant I didn't have to do any of that posing stuff she likes. These first two pics are of the Homesteaders Day where they had lots of demonstrations of everyday events from years gone by like wool spinning, shingle splitting, soap making, butter churning and so on. 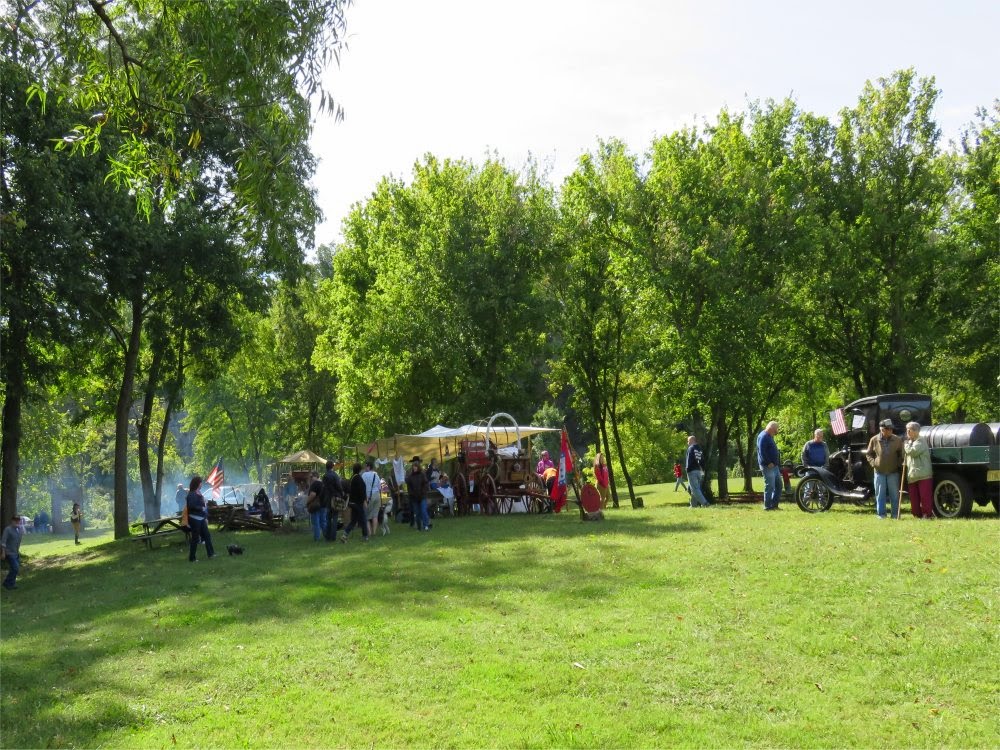 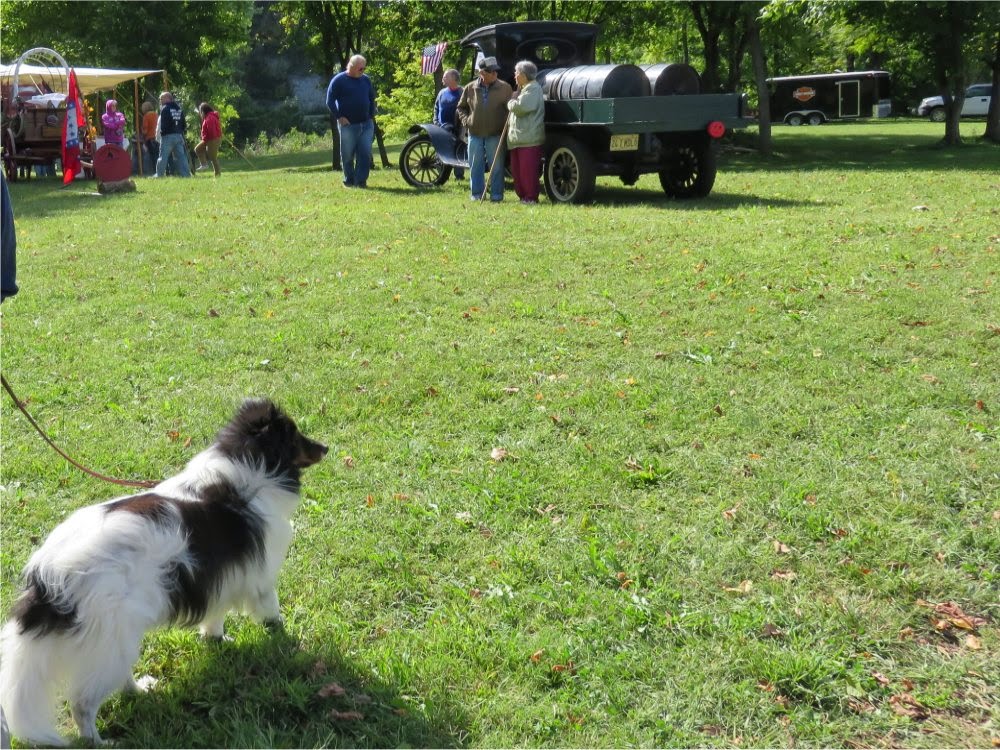 At the end of the park was the Hardy Turtle Island Pow-Wow and we must say we enjoyed this a lot more. The Pow-Wow is actually a three-day event and includes traditional dance and drumming, a princess contest, as well as a trading area where Native American arts and crafts were sold. We were lucky enough to see some of the dancers and drumming and I must admit I didn't like the drums the first couple of times I heard them but once I got use to them they didn't bother me.And YES that was me woofing along with the singing - I was in fine woof ! 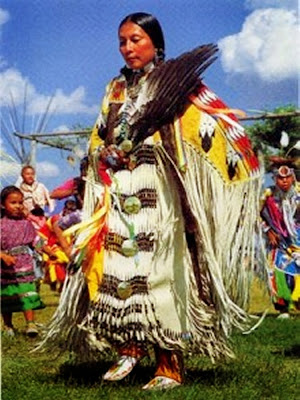 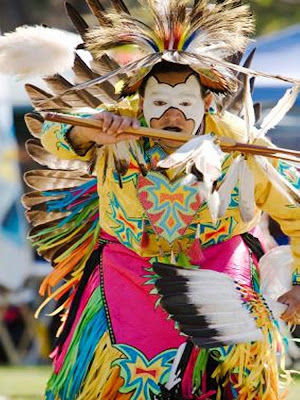 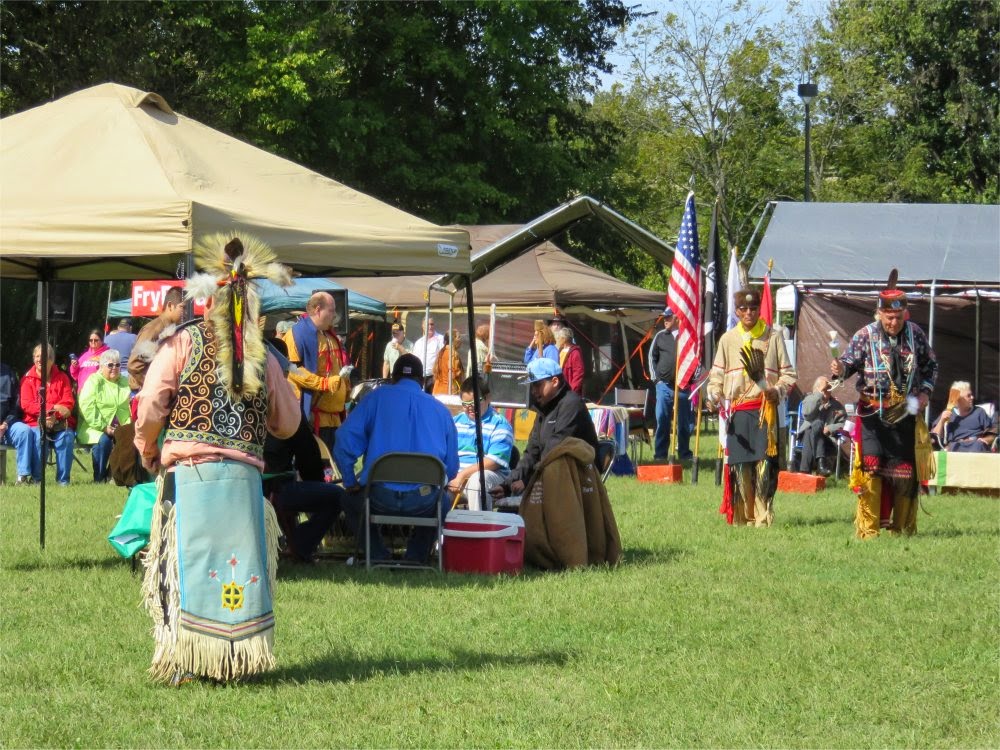 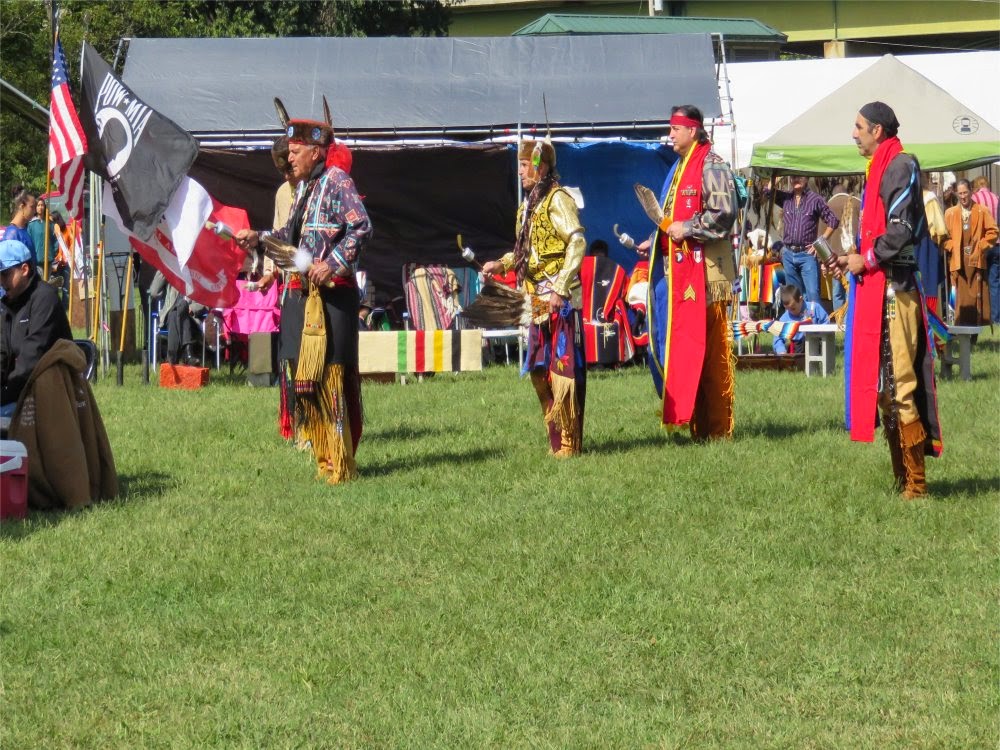