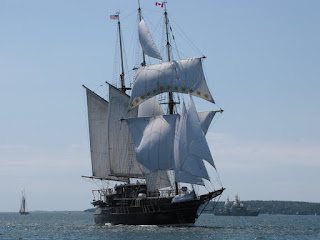 Can you believe - yesterday Mom and Dad left us all alone in Florida and went to another State - yes they did - we were abandoned while they went to Georgia! Okay - it's not as bad as it sounds as Georgia is only 35 minutes away but we have to make them feel guilty - right?

Anyhoo - they went to a little place called St Mary's which is on the St Mary's River. Now there isn't a lot in St Mary's - in fact the whole place looks kind of run down, lots of empty buildings and stores and the only thing that really keeps it going is the near by Kings Bay Submarine Base and the ferry that takes people over to Cumberland Island. Cumberland Island is very popular with hikers and campers as it is undeveloped and has wild horses running all over it. The river front area of St Mary's was very nice and they have created some small but really pretty parks (which I might point out Mom said were dog friendly!) and Mom and Dad enjoyed seeing those - but Mom also spotted the masts of a tall ship in the distance so off they went for a look and as it turns out this weekend they had free tours of it.

The ship is called the Peacemaker and both Mom and Dad were amazed at the inside of it - talk about sailing in luxury! (Make sure you click on the pics to see them bigger and check out their website too - the inside is amazing) It was so roomy inside with beautiful stained glass panels everywhere and the most comfortable fixtures. Mom sad the wood smelled absolutely beautiful too. Then Mom heard they were planning to sail to Australia soon  and she was all ready to jump aboard and go....until she got home and started reading about the ship.

The Peacemaker, originally named Avany, was built on a riverbank in southern Brazil using traditional methods and tropical hardwoods, and was launched in 1989. The original owner motored in the southern Atlantic Ocean before bringing the ship up through the Caribbean to Savannah, Georgia, where they intended to rig it as a three-masted staysail Marconi rigged motor sailer. The work was never done and in the summer of 2000 it was purchased by the Twelve Tribes. They spent the next seven years replacing all of the ship’s mechanical and electrical systems and rigging it as a barquentine. The refit vessel set sail for the first time in the spring of 2007, under the name Peacemaker - now some of you may remember we mentioned before how it is considered to be VERY bad luck to change a ships name after if has been launched - and that is what they did with this. Mom said that is bad ju-ju and she couldn't go sailing on a ship that had changed it's name :)

When Mom and Dad read that Twelve Tribes were the owners they thought is was an Indian group but when they got home and did some research it turns out it is a religious group who some refer to as a 'cult'.  Now we don't know if it is or not but one thing we do know - is the ship is currently for sale so if you happen to have $2.9 million in your piggy bank - it could be all yours :) 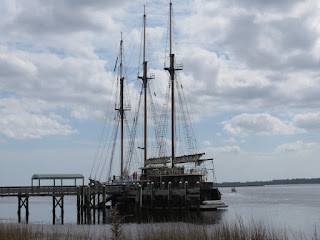 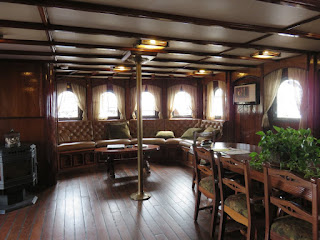 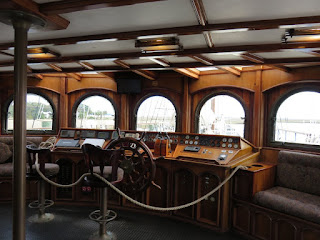 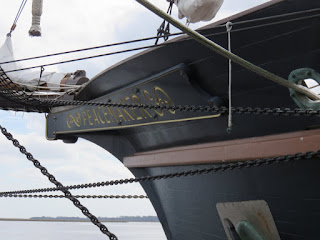 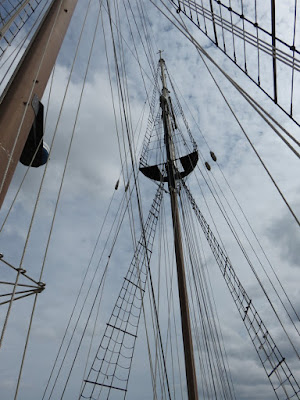 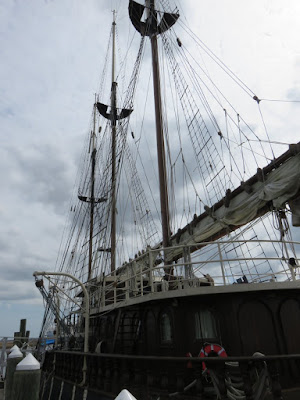 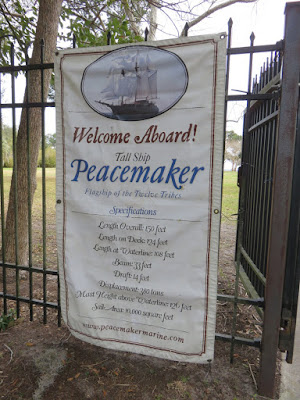 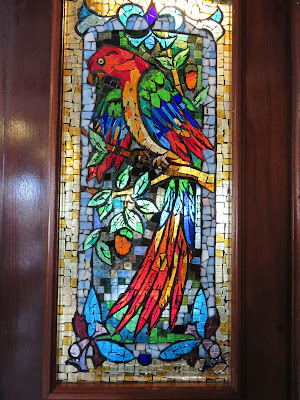 Posted by Cowspotdog at 1:54 PM