Sad news on my little boy 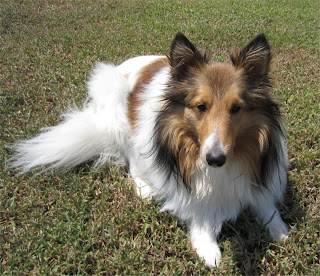 My sweet little boy has continued to limp since his visit to the vets last week and we were back there again today. Many x-rays later they found he has some degenerative arthritis in his left knee and swollen tendons. They are sending the x-rays to a specialist doggie radiologist in Canada for a second opinion but it looks like either a scope or surgery will be needed in the next few weeks. What has caused this we don't know, will he have problems with his other joints we don't know. At the moment he is supposed to have lots of rest (which for a 1 year old is near impossible) and NSAID's to help with the pain and inflammation. Mr Vet said he was real little trooper - he had 15 x-rays with his leg in all different positions and he just laid there quietly while they did it. We should get the results from the Canadian Doc in about a week and will know more then.

Posted by Cowspotdog at 4:48 PM