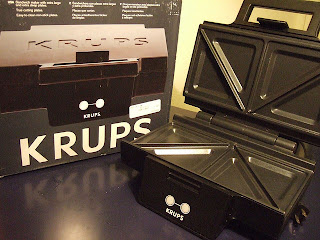 Jaffles or Toasties as Aussies call them are basically just grilled pie type sandwich. They were first developed to use while out camping and Aussies often fill them with Baked Beans, Spaghetti, Savory Ground Beef, Ham & Cheese, - basically what ever you want to put in them.  (They make the BEST grilled cheese sandwiches!!!) Of coarse these days you can get ones for the kitchen and they are often called Sandwich Makers. It is important to get a good quality one - one that has heavy metal plates so that you get that really crunchy crust when you cook your jaffle. 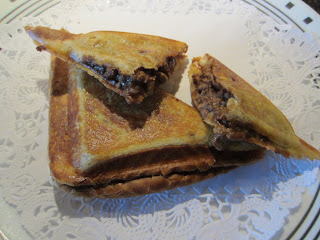 We have the Krups one for our kitchen  - although Mom prefers the outdoors ones the best (those also work if you are lucky enough to have a gas cooker). She also prefers the ones that don't cut in the middle of the jaffle  - but we couldn't find one when we bought ours a few years back (it lets you put more filling in a whole one) There is an advantage to the half ones though - you can make a half sandwich if you are not very hungry.

Below is a selection of Jaffle Irons - they come in round and square and some even leave cool patterns on the bread. The other picture shows how they are placed in the fire to cook. So there you go and now we are off to help Mom eat her Jaffle!  We take our jobs as official food tasters very seriously. Happy Jaffling everyone ! PS - if anyone is interested - they sell the Jaffle Irons and Jaffles for kitchens over on Amazon. 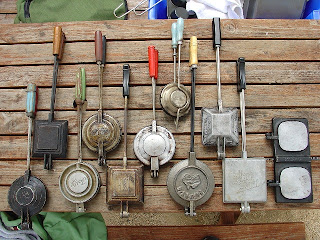 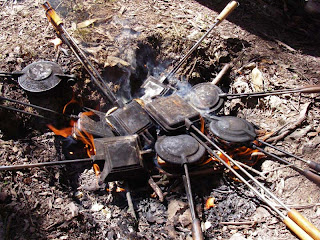 And today is Pip and Puddles Appreciation Day - Well deserved as these two have bought so much happiness to all of us and have made us smile endlessly. In honor of Pip and Puddles we took over the RoadKill Cafe today and made a Jaffle named after them - The P&P Cheetos Cheeseburger Jaffle - we are taking orders now. Pip and Puddles have taste tested hundreds (someone had to do it they said) until we got the perfect recipe. 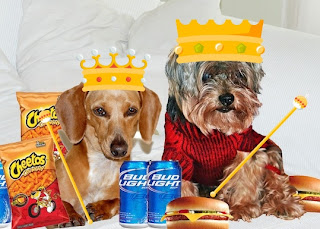 Posted by Cowspotdog at 5:08 PM