Mom and Dad went out for lunch yesterday and were gone forever but look what they came back with - it is a new car for ME! This is a new 2015 Ford Escape in Penn State Blue (Dad's most favorite color and exactly the color Mom wanted too - Mom said it was meant to be). Dad decided MY old gas guzzling mini van had done it's duty and it was time for something more fuel efficient. Now here is the strange thing - it was cheaper to buy a new car than it was to buy a used car thanks to the $4,500 of different rebates we got!!! The most important thing was that Mom put a seat cover in the back for ME because I do like to be chauffeured around in style and she likes that this new doggie seat cover has odor control in it -  I am not sure what she was implying by that. Mom has named this car Ms Beazly - who knows why...she just said the car told her that was it's name is - I think Mom has been getting a wee bit to much sun lately :) 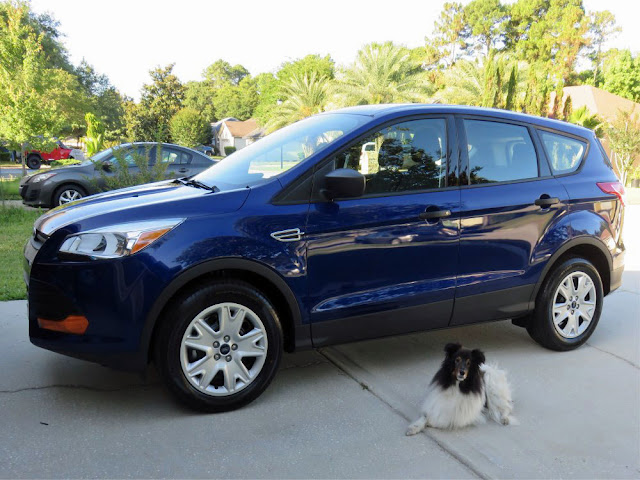 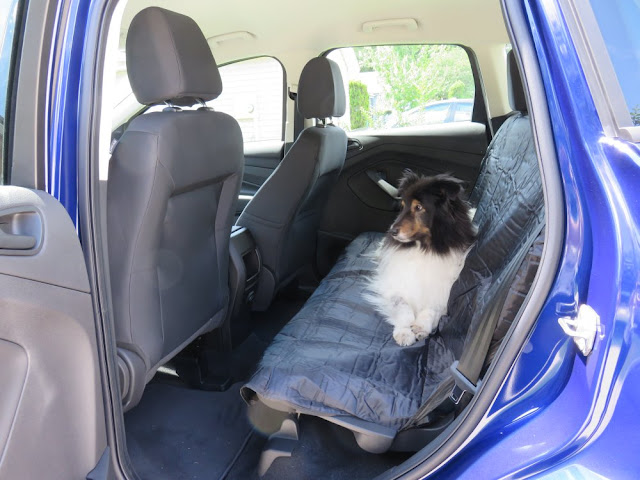