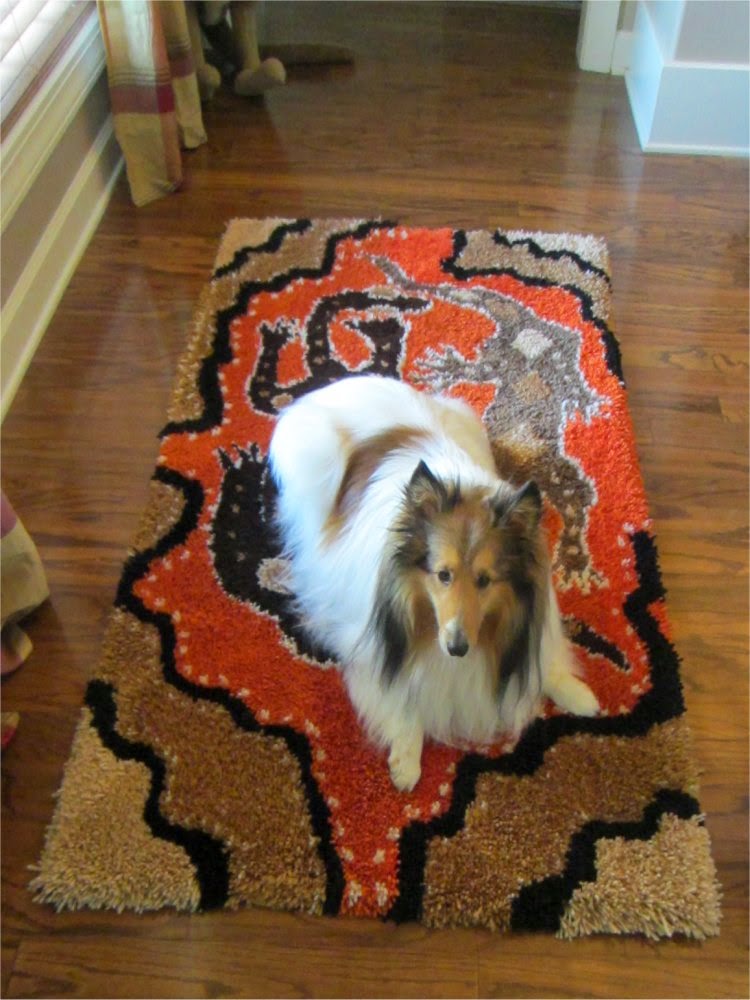 Snippet #1 -  Many of you asked how the patch of iris came to be in MY park. MY park has been around since 1937 and is 697 acres in size but before that there were some farmhouses and building there. Every now again we come across the remains of some of the old buildings - just the floors as the all the buildings were removed. Now some of these houses originally had gardens  - which is how with think this  patch of iris's came into being. Over time it has got bigger and bigger and they just seem to thrive where they are.

Snippet #2 - Mom is still pondering over how the hang the finished rug on the wall but in the meantime she put it on the floor in an area we don't use - but some doggie has decided he REALLY likes to lay on it. Mom decided she would start another rug - but this one is much smaller and is going to be a front door mat. Mom is going to use the same colors as the Goanna rug (because she still has some of the wool left over) but it is going to have different creatures on it.

Snippet #3 - Our persistence finally paid off - all those hellos encouraged a young couple who were fishing  to chat with us and they even gave ME and ear scratch and a back rub. Oh coarse I was tempted to nip the guy when he called me "a Lassie dog" and told me what a 'pretty girl" I was!!!!.  Mom quickly explained I wasn't a collie or a girl - it was a good thing he was nice otherwise I would have had to take matters into my own paws!  I really liked the lady though as she kept telling me what a handsome boy I was :) Dweeb of coarse hid behind Mom the whole time and wouldn't let them anywhere near him. 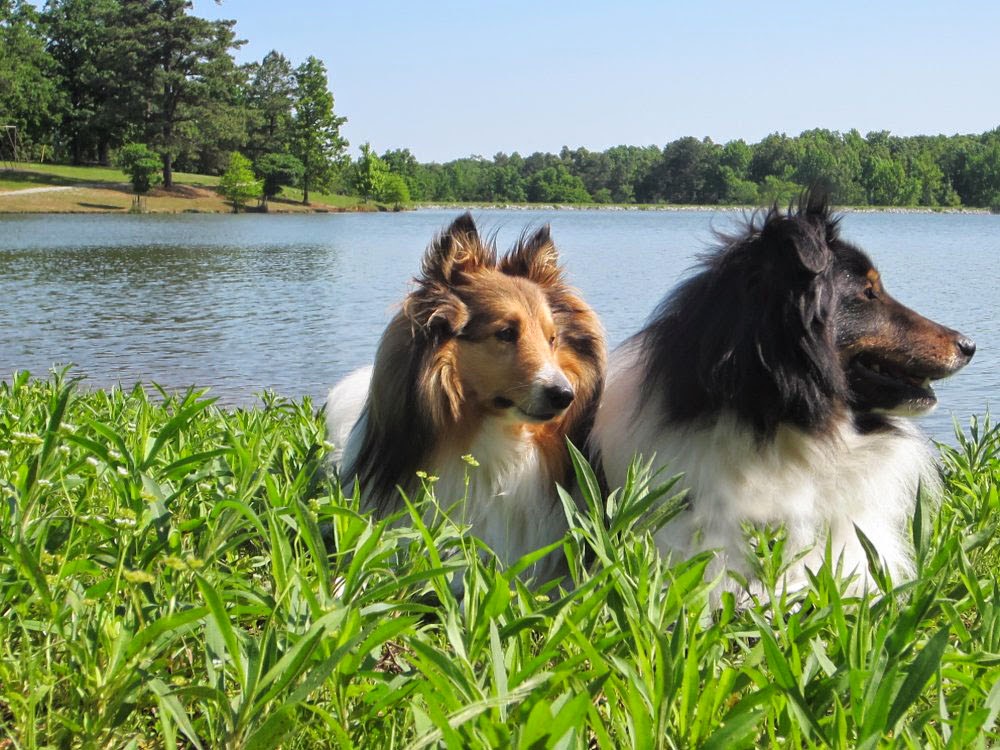 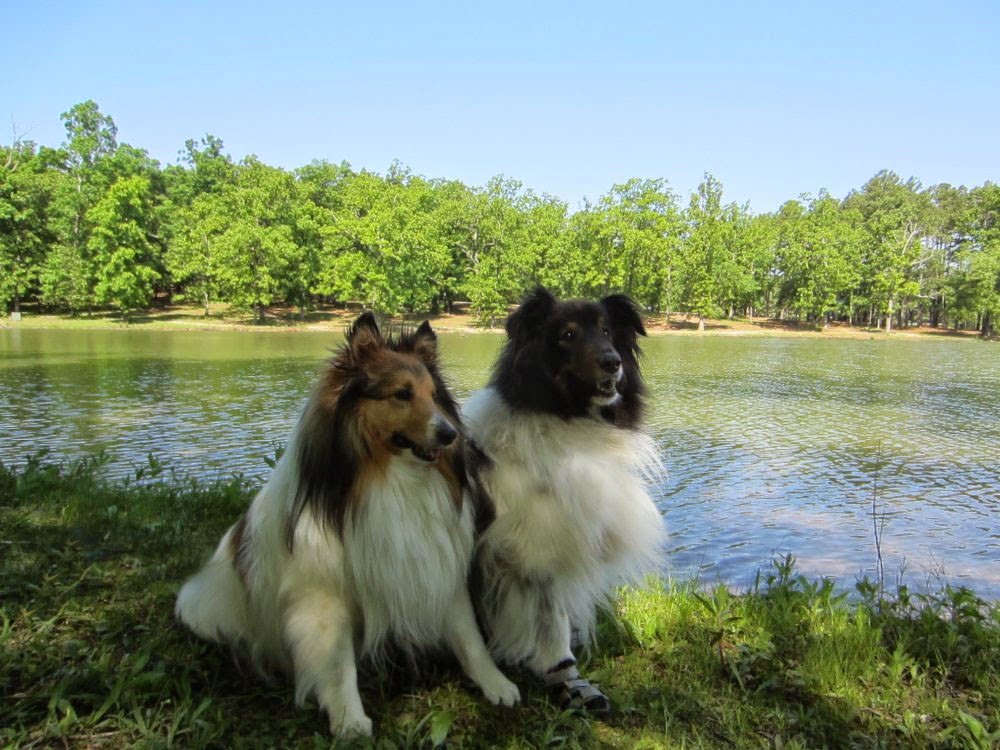