We have had three of our local ships return over the past couple of days - the first was the USS New York - this is the ship that carries part of the metal from the Twins Towers in its walls. It arrived home on Sunday after a 14 month deployment. (Mom says Mayport is flooded with lots of very handsome sailors at the moment - BLAH - the only thing I care about is all that extra traffic in the morning which slows down my Bark Rangers Patrols :) Here is some information about the ships. 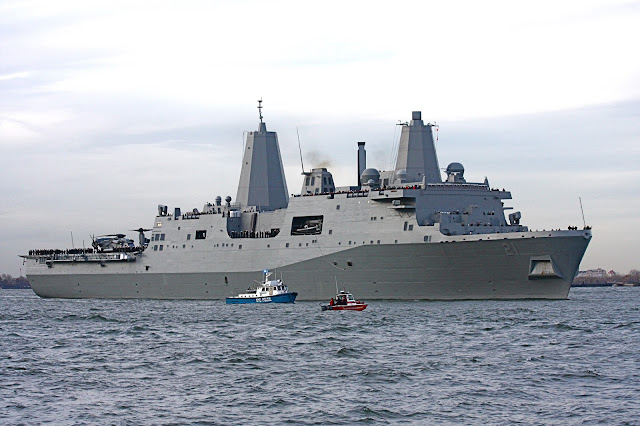 The second ship is the USS Iro Jima which arrived home on Monday after a 12 month deployment - this is one BIG ship! It is a helicopter transport ship as well as troops. 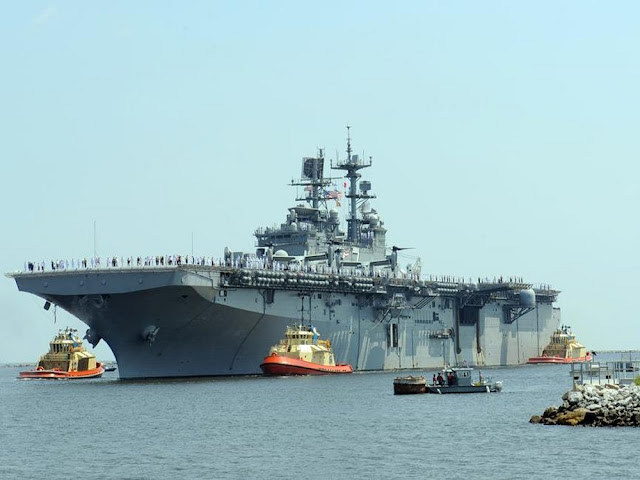 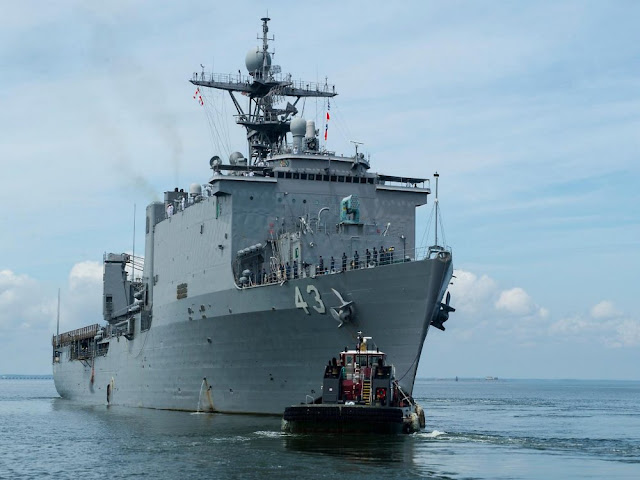