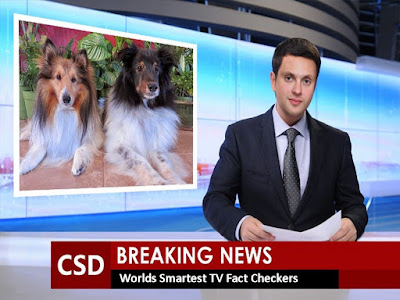 Now you all know I am a supremely intelligent dog (the Dweeb not so much) and while watching some episodes of a TV series called "Rome" Mom "I" noticed some blatantly incorrect facts. Now this series was based on the Roman Empire in 49BC - that date is important because in many of the episodes you see a variety of birds including cockatiels and cockatoos - all Australian birds and as WE ALL KNOW  Australia wasn't even discovered until the late 1700's AD - so there is NO WAY they could of had Aussie birds in Rome during that time. They also show a hyacinth (blue) macaw which is native to the Amazon - a continents also not discovered or explored by the Romans in 49BC. In fact is wasn't until 1492 AD when the Spanish arrived that is became known.  Talk about a bird brained mistake!   I think these TV shows should hire ME as a fact checker for them :) :)

Posted by Cowspotdog at 7:53 PM