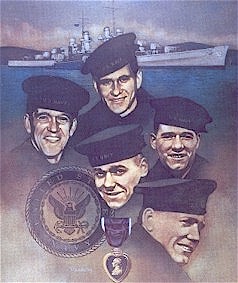 Todays we got to see the USS "The Sullivans" leave port and head out on a 7 month deployment. This ship had been undergoing some repairs after a small fire caused some deck damage back in July 2015.  This is the second ship of the United States Navy to be named for the five Sullivan brothers — George, Francis, Joseph, Madison, and Albert Sullivan, aged 20 to 27 – who lost their lives when their ship, USS Juneau, was sunk by a Japanese submarine in November 1942 in the Naval Battle of Guadalcanal.

Upon researching this boat we found it has had quite an interesting if not checkered past. You can read more about the ships history here. The other cool thing we found - the current Commander of this ship is Commander Jennifer M. Blakeslee, USN. You will also see a flag on the ship (just click on the photos to make them bigger) it is the white one with a red stripe around the edge and has 5 gold stars - the stars represent each of the brothers. 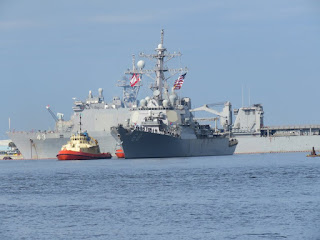 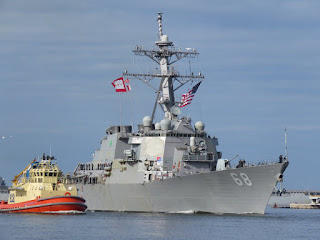 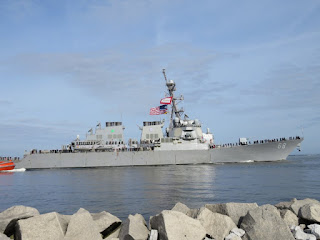 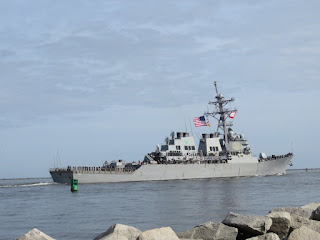