We are still no closer to solving the case of "The Disappearing Sand" but as Internationally Renowned Consultant Detectives we are still on the case and the chase is still afoot!  Today however - we discovered MY sand has been replaced with shell grit (smashed up and tiny shells). If who ever STOLE my sand thinks this will appease us - they are sadly mistaken as shell grit is NOT nice soft sand and it is yucky to walk on!  In fact -  Dweeb doesn't like the feel of it one little bit on his delicate tootsies.  (Check out the "oh so sad" look his was giving - just click on the photo to see it bigger) 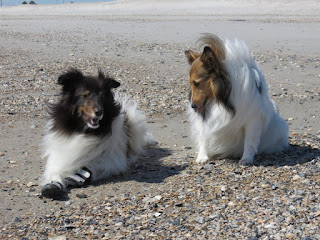 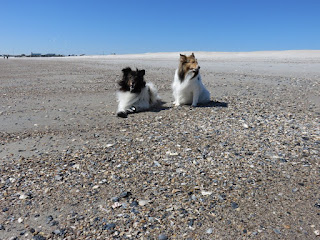 Now if it wasn't bad enough that the thief tried deceiving us with the "old switch-a-roo" (shell grit for sand) we also found out Commander Tank was deceiving us - in fact there is something VERY strange going on. We had to go the long way around the navy base today (due to some roadwork) and saw not 1, not 2 but 3 Commander Tanks !!!! And when we went over to say hi - being really brave and getting up close and personal - we discovered Commander Tank and his subordinates are not even real -  they are just DECOYS - pretend tanks!!!!!!  What is the world coming too????  Trust me - Commander Tank got NO respect from us today - no sireeeeee no respect !!! 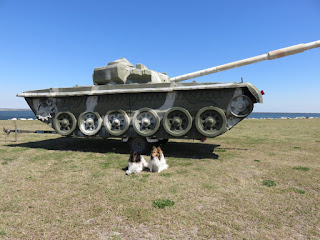 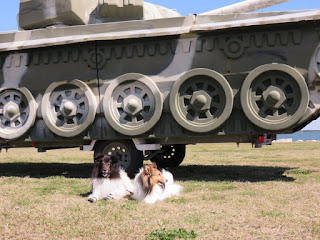 Posted by Cowspotdog at 1:11 PM