Clue #1 in "The Mysterious Disappearance of the Beach" case

As internationally recognized consultant detectives - Reilly Holmes and Denny Watson - we have decided to take on the case of the "The Mysterious Disappearance of the Beach" You may remember yesterday we mentioned that over 6 feet of sand has just disappeared from MY beach. Today we began our investigation with a 2 hour walk of the beach sniffing for clues. Our suspect is one crafty character though - he tried hiding his footprints under a layer of shell grit today but he couldn't outwit us - the chase was a foot!  We followed our suspects footprints all the way to MY little park near MY beach and it was here we caught sight of suspect number 1. He was a giant brute of a beast that scared the bee-gee-bees out of Denny Watson but I was not to be deterred and confronted this monster. I began the interview and it went like this: 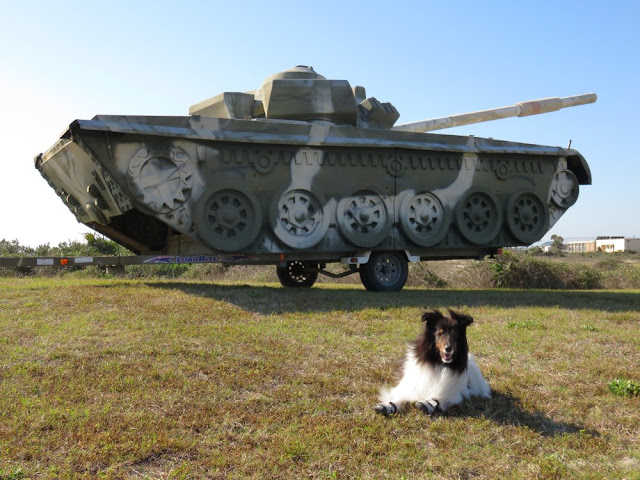